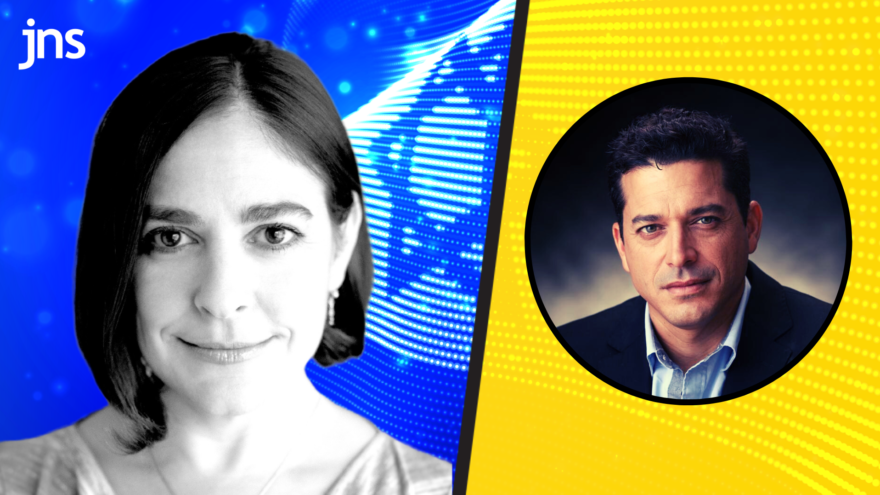 (July 19, 2022 / JNS) On this week’s “Mideast News Hour,” Caroline Glick speaks with MK Amichai Chikli, the one member of Naftali Bennett’s Yamina Party who refused to abandon the party’s pledge to its voters not to form a left-wing government.

Glick and Chikli discuss the moral and democratic basis for Chikli’s decision to remain in Knesset as a one-man opposition to the Bennett-Lapid government inside of Bennett’s party.

“You need to choose a side,” says Chikli. “And I think in terms of democracy, in terms of Jewish identity and Zionist identity, we must choose to stay within our allies within our national camp.”

They move then to the question of why politicians lie to voters and how Israelis are supposed to recognize when a politician is lying to them.

From there, they move to the November 1 elections and what hangs in the balance.

They discuss why it is that despite the experience of the past year, the Likud Party has not yet managed to break the juggernaut of the elitist right-wing voters who prefer a post-Zionist government to supporting the parties in the Likud-led nationalist bloc. The problem, as Chikli sees it, is anchored in identity politics, which serve as the subtext for, and sometimes dominate the public discourse.

“It’s not just to have a majority in the Knesset. It’s also who is with who and deciding what’s normal and what’s not normal,” says Chikli.

Finally, they move to the announcement by Iran’s regime that Iran is capable of building nuclear weapons at will. They talk about the war quickly approaching Israel’s gates from Iran, from Hezbollah and Hamas, and from within as well, from the country’s Arab population.

Join Glick and Chikli for a spellbinding discussion that moves from the foundational concepts of Jewish identity and Zionism to the most pressing strategic challenges facing Israel.