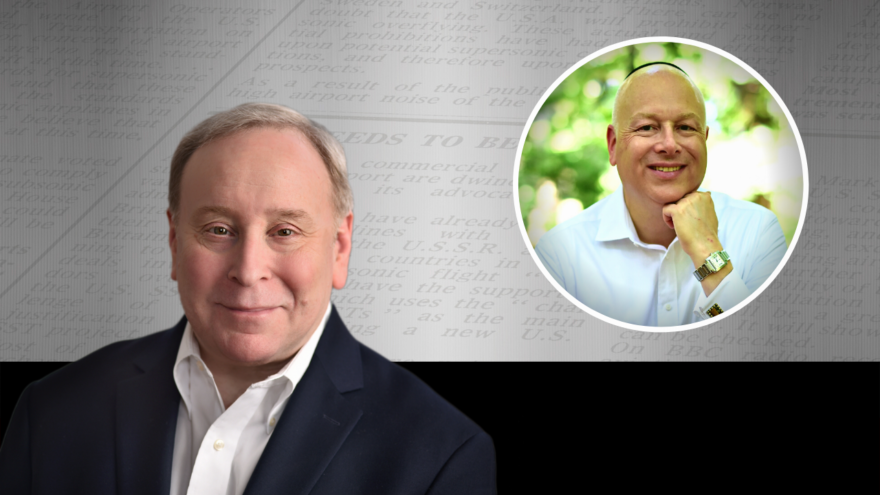 He explained that Trump’s breakthrough on Middle East peace created a situation that the Biden administration has found itself unable to reverse. This is despite its desire to reinstate failed Obama-era policies, demonstrated during the president’s recent trip to Israel and Saudi Arabia.

According to Tobin, it took “an unorthodox president” to do this.

Though Biden could still sabotage the burgeoning alliance with his appeasement of Iran, Trump’s decision to ignore the experts and hire amateurs to focus on the realities of the region sets an example other presidents should follow, he says.

Greenblatt: Peace with Saudi Arabia only after Biden

He’s then joined by Jason Greenblatt, Trump’s special envoy to the Middle East and the author of a new memoir about his experiences, which set the stage for the Abraham Accords.

Greenblatt, who worked for Trump for 20 years before taking on his White House post, recalls the former president as someone sincere in his appreciation for Israel and “enormously respectful” of him being an observant Jew.

Though he went into his job as an “amateur,” he knew that the more experienced diplomats who preceded the Trump team had failed. This was because “they blamed Israel for just about everything” and “treated the Palestinians like children,” says Greenblatt. The Trump team succeeded in forging normalization agreements between Israel and the Arabs states because the region “felt abandoned by Obama” and considered Trump, who didn’t act like other presidents, “a breath of fresh air” and “a dealmaker” who wanted to improve the world.

What’s more, they knew that Greenblatt, Jared Kushner and other envoys had the president’s confidence, Greenblatt explains.

As for expanding the Abraham Accords, Greenblatt said that the world will probably have to wait until there is a different president in the White House. Biden has given the Saudis “no reason” to join them. But, he says, it’s more important to focus on “the direction that Saudi Arabia is traveling,” which is toward an alliance with Israel.

“In the Path of Abraham: How Donald Trump Made Peace in the Middle East–and How to Stop Joe Biden from Unmaking It” by Jason Greenblatt is available on Amazon.