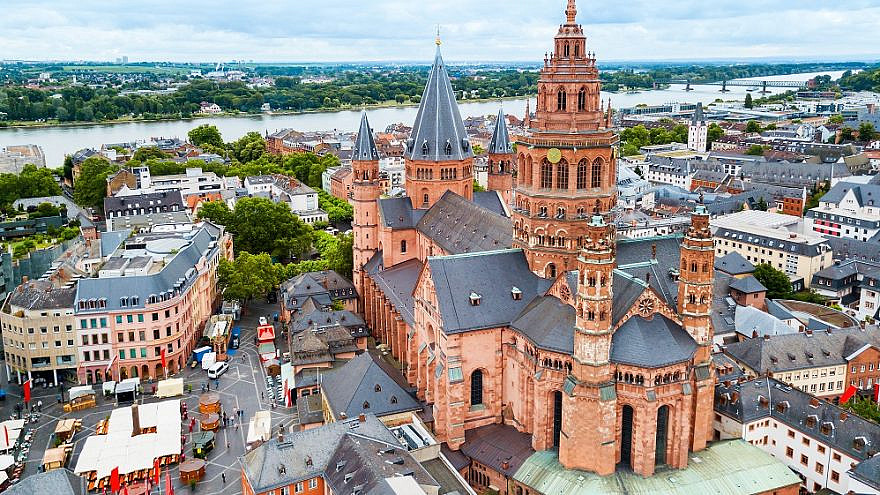 (February 12, 2021 / JNS) Construction works recently uncovered 18 Jewish gravestones from the Middle Ages that were built into a wall in the old town of Mainz, Germany.

According to Germany’s Ministry of Culture, the gravestones were used in the walls as fillers and may date as far back as the 11th century, Israel Newsstand reported on Thursday.

He explained that after Jews were expelled from Mainz in 1438, ownership of the town’s Old Jewish Cemetery was turned over to the municipal. A section of the cemetery site was leased out as a vineyard, resulting in a large number of headstones being removed and reused as building materials.

“Many medieval headstones that were used as building material were rediscovered in the 19th and early 20th centuries, among other things, during works to regulate the Rhine River, during the construction of the Hessische Ludwigsbahn [railway] in the south of the city, and in connection with the de-fortification of the city,” he said, adding that this also applies to the headstones recently found.

The rediscovered headstones also feature inscriptions, many of which are written in Hebrew, that Nöhl said provide “valuable information about the deceased as well as historic events.” Some have engraved eulogies for community officials, scholars, benefactors and martyrs, “both men and women, and they offer a uniquely precise insight into the internal structure” of the surrounding communities, he told Israel Newsstand.

The headstones are now at a depot at the General Directorate of Cultural Heritage for further processing and will then be used for scientific research.