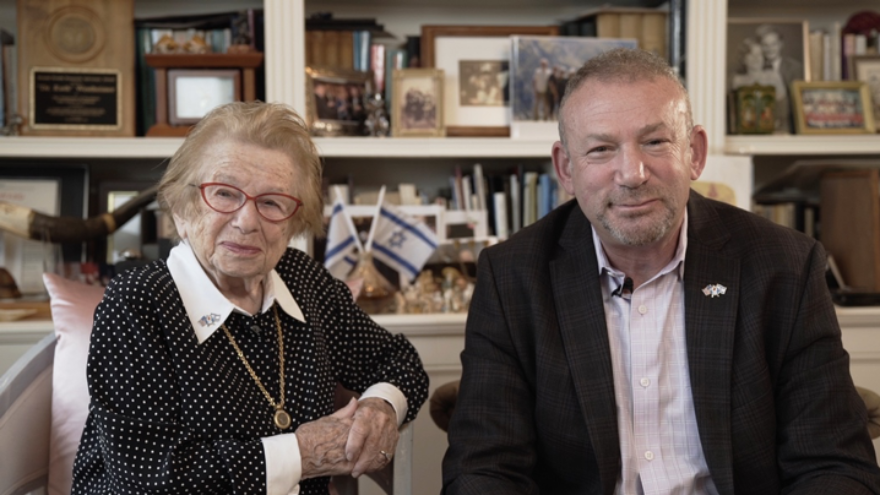 (January 13, 2020 / JNS) Renowned psychosexual therapist Dr. Ruth Westheimer will receive an honorary doctoral degree from Ben-Gurion University of the Negev on May 19 in Beersheva, Israel. The ceremony will take place during the university’s 50th anniversary celebration.

To commemorate the honor, she is establishing the Dr. Ruth K. Westheimer Endowed Scholarship for Psychology.

“This is my very first honorary doctorate in Israel, and the university of Ben-Gurion in the Negev is the right place for that,” says Westheimer. “And now, if you donate money to the scholarship in psychology established at the university, I’ll tell you a secret: You are going to have great sex for the rest of your life!”

Throughout her life and her career, Westheimer has maintained her commitment to the Jewish people and Israel.

In 1938, she was sent on a Kindertransport to Switzerland by her parents, who later perished in the Holocaust. After World War II, at age 17, she went to Palestine, where she fought and was seriously wounded as a sniper in the Haganah during Israel’s War of Independence.

“I am an orphan of the Holocaust and was in Israel in 1948 when David Ben-Gurion declared the State of Israel,” she says. “We danced all night! I would have loved to have met him because he was brilliant and short.”

“How fitting that a woman of Dr. Ruth’s stature, who heard David Ben-Gurion announce the new State of Israel as a young woman in Israel in 1948, will receive an honorary degree from the university that bears his name seven decades later amidst a long and distinguished career. It is a great honor for BGU to recognize her achievements during our 50th anniversary,” says Professor Daniel Chamovitz, president of BGU.

With an uninhibited approach to sex education and therapy, Westheimer, 91, transformed such conversations for nearly four decades. She has appeared on hundreds of television shows as an expert on human sexuality, traveled worldwide giving speeches and lectures, and just published her 45th book.

The critically acclaimed documentary “Ask Dr. Ruth,” in which she reflects on her life and career, debuted last year and is available on Hulu.

Her media career began in 1980 when her radio show, “Sexually Speaking,” premiered on WYNY-FM in New York City. By 1983, it was the area’s top-rated show. In 1984, NBC radio began syndicating it nationwide as the “Dr. Ruth Show,” which ran until 1990.

“Dr. Ruth has impacted the lives of people around the world by bringing human sexuality into public discourse,” says Doug Seserman, chief executive officer of American Associates, Ben-Gurion University of the Negev. “Her uncanny energy is a true force of nature. Dr. Ruth is more productive today than most people half her age.”