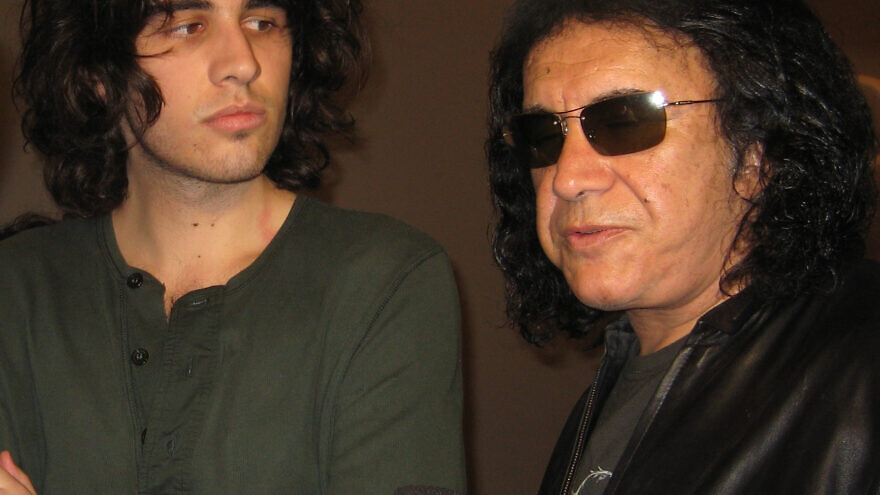 (May 7, 2020 / JNS) Rock legend and KISS frontman Gene Simmons got teary-eyed when reading over historical documents about his late Jewish mother’s experiences in the Holocaust and liberation from the Mauthausen concentration camp during a recent interview with Bild.

Simmons’s mother, Flora Klein—her maiden name—was born in Hungary in 1925 and died in December 2018 in the United States at age 93. She survived living in a ghetto in Budapest and three Nazi concentration camps. Klein was 19 when she was liberated from Mauthausen 75 years ago on May 5, 1945.

In the interview, Bild presented Simmons, 70, with approximately 100 historical papers about his mother’s life that he had never seen. The documents included lists from concentration camps, file cards from the International Red Cross and records about the liberation of the Mauthausen concentration camp by U.S. soldiers.

The rocker was also given files of the former Restitution Office in Koblenz that showed that Klein (who later married and took the surname Witz) applied for financial compensation for the suffering she experienced during the Holocaust. She described in the paperwork as having to wear a yellow Star of David in public while living in Budapest, her experiences living in a ghetto and time in the Ravensbrück concentration camp, in addition to the Venusberg subcamp of the Flossenbürg concentration camp.

Simmons, whose was born in Israel and whose given name is Chaim (Hebrew for “life”) Weitz after his murdered grandfather, was apparently moved to tears after reading the documents. He said his mother hardly ever talked about her past, noting, “I knew almost nothing.”

“My children simply cannot understand all of this. They cannot believe it. The things that happened back then. How many people became victims. Not only Jewish people. Homosexuals, political dissidents, Sinti and Roma. Millions and millions … ,” he said.

Simmons also had to fight back tears when he saw his grandmother’s name on the documents. He recalled his mother telling him about the last interaction she had with her mother before the elder woman was sent to the gas chambers.

“It can happen again and again. That’s why you have to talk about everything. … As long as you talk about things, there is a chance,” Simmons was reported as saying after the interview. “When you see cockroaches in the kitchen, you must point the light at them so you can see them clearly. And you must drive them out of the light.”