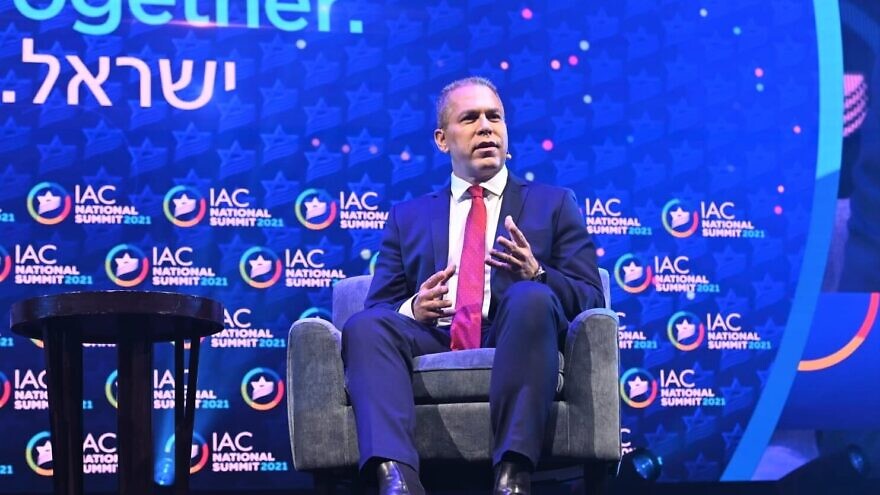 (December 10, 2021 / JNS) As negotiators in Vienna are conducting indirect negotiations to bring Iran and the United States back into the 2015 nuclear deal—the Joint Comprehensive Plan of Action (JCPOA)—Israeli Ambassador to the United Nations Gilad Erdan told a crowd of thousands on Thursday that America should threaten Iran with its military to quench the threat.

Erdan was a guest speaker at the Israeli-American Council’s 2021 National Summit in South Florida in front of thousands of attendees as part of an onstage interview with Israeli TV host and defense analyst Yoav Limor during the summit’s opening plenary session.

Erdan started by pointing out that Israel had been opposed to the JCPOA since its inception, seeing it as “kicking the can down the road.” Today, he said, even members of the Democratic Biden administration agree that the old deal was faulty, which is why the administration has been pushing for a “longer, stronger deal.”

He said the international community can find a “formula” for preventing a nuclear Iran, and that U.S. sanctions alone won’t do it, as China and other major nations have been finding ways to go around them or simply outright ignoring them.

Israel hopes that the negotiations to re-enter the deal will fail, forcing the old signatories to the original deal to snap back crippling economic sanctions on Tehran.

Still, these measures may not be enough.

“What is this formula? The answer is quite clear, we should listen to the wise words of President [Theodore] Roosevelt, who used to say, ‘Speak softly, but also carry a big stick.’ The international community for many years spoke very softly to Iran. Sanctions are very important, but the sanctions are not enough,” said Erdan.

He continued, saying “Iran is on the verge of becoming a nuclear power. And this is the time now to present the Iranian regime [with] a credible military threat that would force them to decide between their own survival as a regime and their nuclear ambitions. And I believe the answer will be clear; Iran would rush to the negotiating table once they would be presented with a credible military threat.”

He said that Israel cannot rely on the international community, as the Islamic Republic poses a threat to its very existence.

“We are not going to wait until Iran would become a nuclear threshold country,” he said. “We are leaving all options on the table, and we’re not going to hesitate. We will do whatever is needed.” 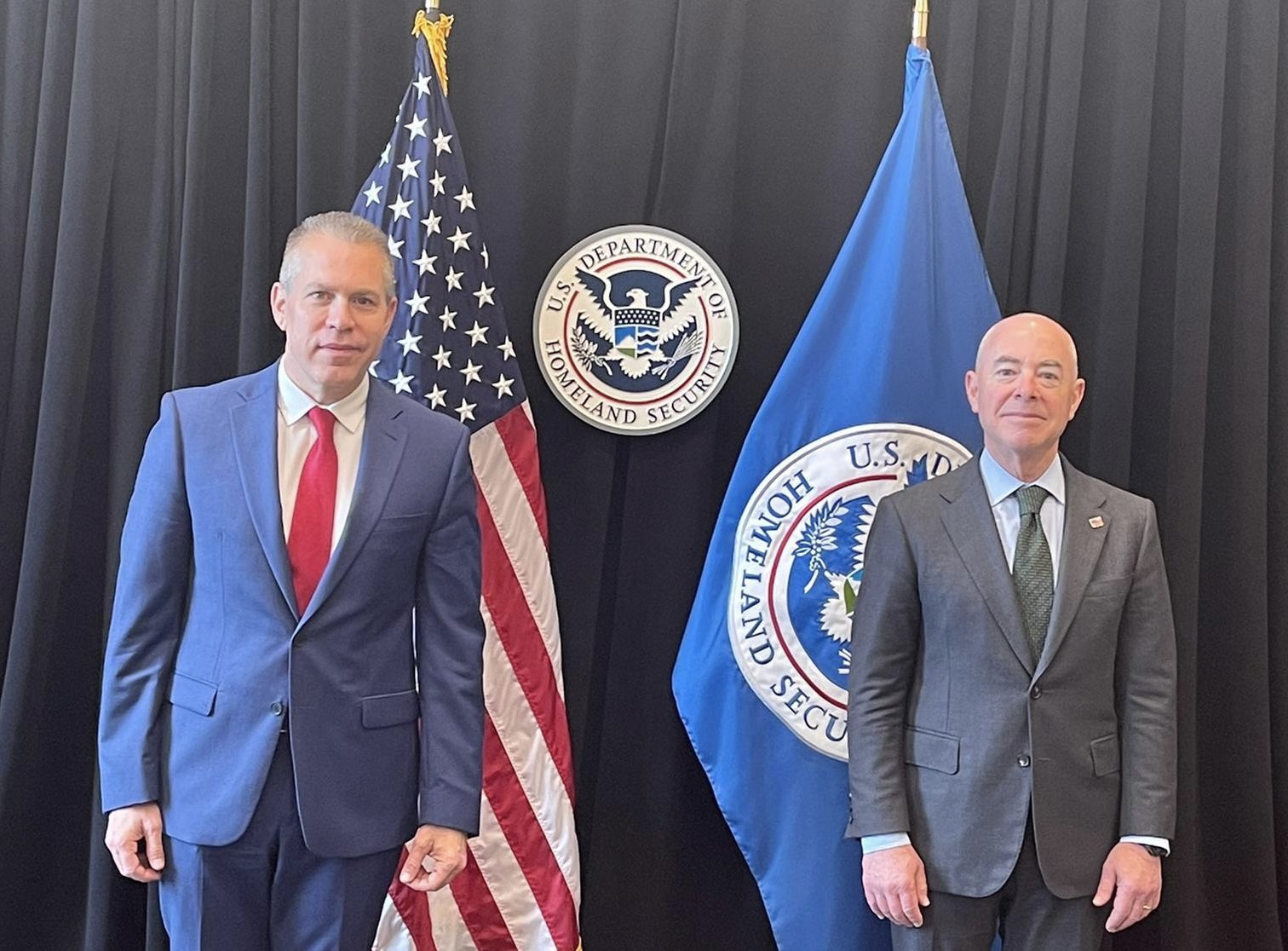 Progress on the Visa Waiver Program

During the interview, Erdan did note optimism about the completion process to include Israel in the Visa Waiver Program, allowing Israelis to travel to the United States without a visa.

Despite the long, interconnected history between the two nations, Israel is not included in America’s Visa Waiver Program, although nationals from 40 other countries are allowed to travel to the United States without a visa.

The issue hit home for many in attendance since they are Israeli or have family members in Israel.

Erdan said the current situation was absurd—the United States is Israel’s closest ally, while the United Arab Emirates, which recently normalized its relations with Israel, already has a visa waiver agreement with Israel.

He told the audience that he understood the need to prioritize the issue after being contacted by so many families.

Erdan discovered that the reason Israel was not in the program was partially the result of American officials not understanding Israeli culture. They viewed Israelis in their 20s wanting visas to visit not as part of the culture of seeing the world after their completion of national military service, but as young people without jobs or still students—and thus, potential illegal immigrants.

“So our refusal rate went higher than 3 percent. And that’s what prevented Israel from joining this visa waiver program,” said Erdan. “Once I explained it to [U.S. Homeland Security] Secretary [Alejandro] Mayorkas—and even had the honor and opportunity to speak with the president himself—they prioritized this process.”

“So now, I can give you my assessment … that many, many of the relatives of the families of the IAC activists could be invited without a visa to participate” in the next summit,” he said to audience applause.