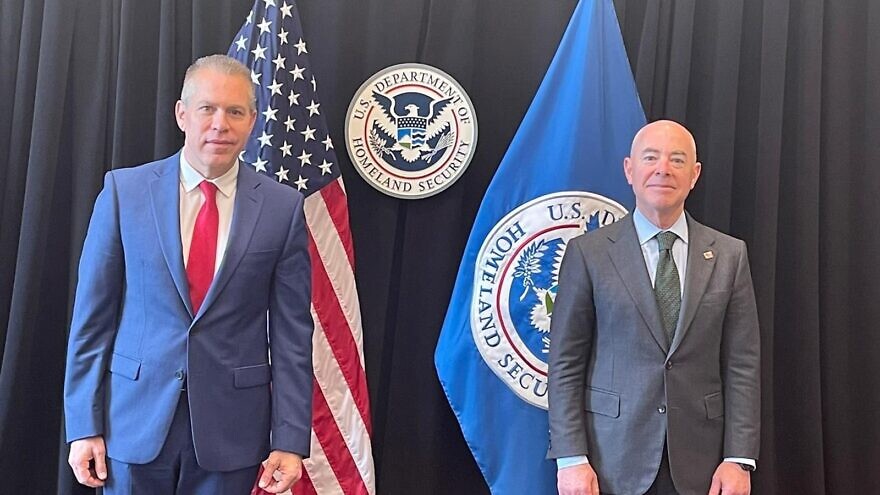 “We have four candidates in the pipeline: Israel, Cyprus, Bulgaria and Romania; we’re very focused on the program,” Mayorkas told a travel-industry gathering, reported Reuters.

Mayorkas also pointed to the economic and other “benefits” of allowing non-citizens to visit America for up to three months without a visa, according to the report.

Following Israeli Prime Minister Naftali Bennett’s meetings in August with U.S. President Joe Biden, the White House stated that the latter emphasized that his administration would strengthen bilateral cooperation with Israel in multiple ways, “including by working together towards Israel’s inclusion in the Visa Waiver Program.”

The two leaders directed their respective teams to “enhance consultations as Israel works on addressing the program’s requirements,” the statement continued.

Earlier in August, Mayorkas met with Israeli Ambassador to the United States Gilad Erdan, and the two discussed the issue of the Visa Waiver Program, administered by the U.S. State Department’s Bureau of Consular Affairs.

Erdan told Mayorkas that Israelis who finish their national or military service and are looking to travel and work abroad, but not to make a permanent move, are often refused visas. After the meeting, Erdan said that Mayorkas had been “surprised” by the figures.

Upon learning of Mayorkas’s latest comments, Erdan tweeted on Wednesday: “We continue to work on having Israel included in the program so that Israeli citizens can enter the United States without the need for a visa. The statement by the Homeland Security secretary indicates that we are approaching this goal.”