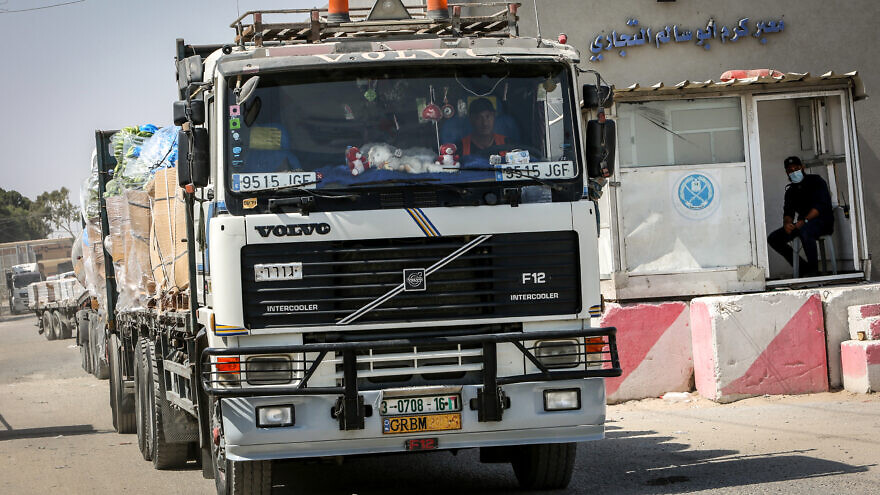 (March 9, 2022 / JNS) Following a sustained effort by a unit in the Israel Defense Forces that deals with civilian affairs, the Gaza Strip saw a 55 percent rise in textile exports in recent months.

The figure, reported by the Unit for Coordination of Government Activities in the Territories, which is commanded by Maj. Gen. Rassan Alian, came after COGAT “undertook a civilian policy favoring economic expansion for the Gaza Strip,” the unit stated.

The growth in exports amounts to 2,400 tons of goods trucked out through the Kerem Shalom Crossing, added COGAT.

“Textiles are an important sector for the Gaza Strip” and are central to its economy, supporting many Gazan families, according to COGAT’s statement.

The Coordination and Liaison Administration for Gaza, a unit within COGAT, has focused on growing the Gazan economy through means like reducing bureaucratic obstacles, improving processes at the Kerem Shalom Border Crossing, and taking other steps to support the advancement of the Gazan textile industry.

“Thus, CLA Gaza recently approved a large textile-processing machine for the Gaza Strip to upgrade the efficiency and quality of textile manufacturing there, and in that way, increase the sector’s profitability. It should be noted that the machine is expected to enter the Gaza Strip within the coming days,” COGAT said on Tuesday.

It added that the “continuation and broadening of this policy depend on the continued maintenance of stable security situation.”