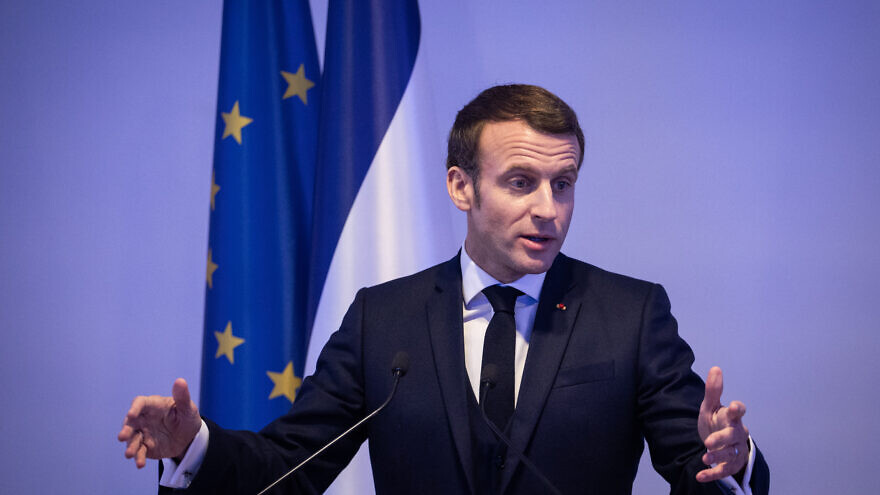 (August 1, 2021 / Israel Hayom) French President Emmanuel Macron’s attorneys announced last week that he is planning to sue a billboard owner for depicting him as Adolf Hitler.

Several such images were placed across the southern province of Vaud as part of a broader backlash against Macron’s coronavirus restrictions policy.

One billboard in the city of Toulon portrayed Macron in a uniform as the Nazi leader, with a hairstyle and mustache similar to Hitler’s. The swastika armband was changed to LREM—La République En Marche—the name of Macron’s ruling party. An accompanying slogan read: “Obey. Get vaccinated.”

Michel-Ange Flori, who created and distributed the posters, told the French daily Var-Matin: “I was summoned by the local police. They confirmed that they had received a complaint from Elysee Palace [the official residence of the French president]. I was surprised and shocked.”

He later tweeted: “In Macron-land, [Charlie Hebdo‘s] showing the Prophet’s rear is satire, but making fun of Macron as a dictator is a blasphemy.”

Born in Corsica, Flori owns 400 billboards through Var and has a history of controversies. In 2019, during the “yellow vest” protests, he was fined 30,000 euros ($36,000) for using his billboards to criticize police conduct.