The funeral of a mother and her two children who were killed when a bus lost control and plowed into a station in central Jerusalem on Aug. 12, 2022. Photo by Yonatan Sindel/Flash90.
Spread the word.
Help JNS grow!
Share now:

(August 12, 2022 / JNS) A pregnant woman in her late 30s and two of her young daughters, ages 2 and 7, were laid to rest in Jerusalem just hours before Shabbat following a deadly bus accident on Thursday night.

According to local media reports, the bus driver lost control of his vehicle and collided with a bus station outside a shopping mall, killing Shoshana Glustein and her daughters Chaya-Sara and Chana, and injuring a number of other people, one critically.

Onlookers rushed to help, and police and rescue personnel worked for hours at the scene.

Police are investigating if the driver left the bus without activating the handbrakes.

This was the second accident involving a public bus in Jerusalem this week. In the first accident, a driver lost control of his vehicle and killed a pedestrian in his 70s. 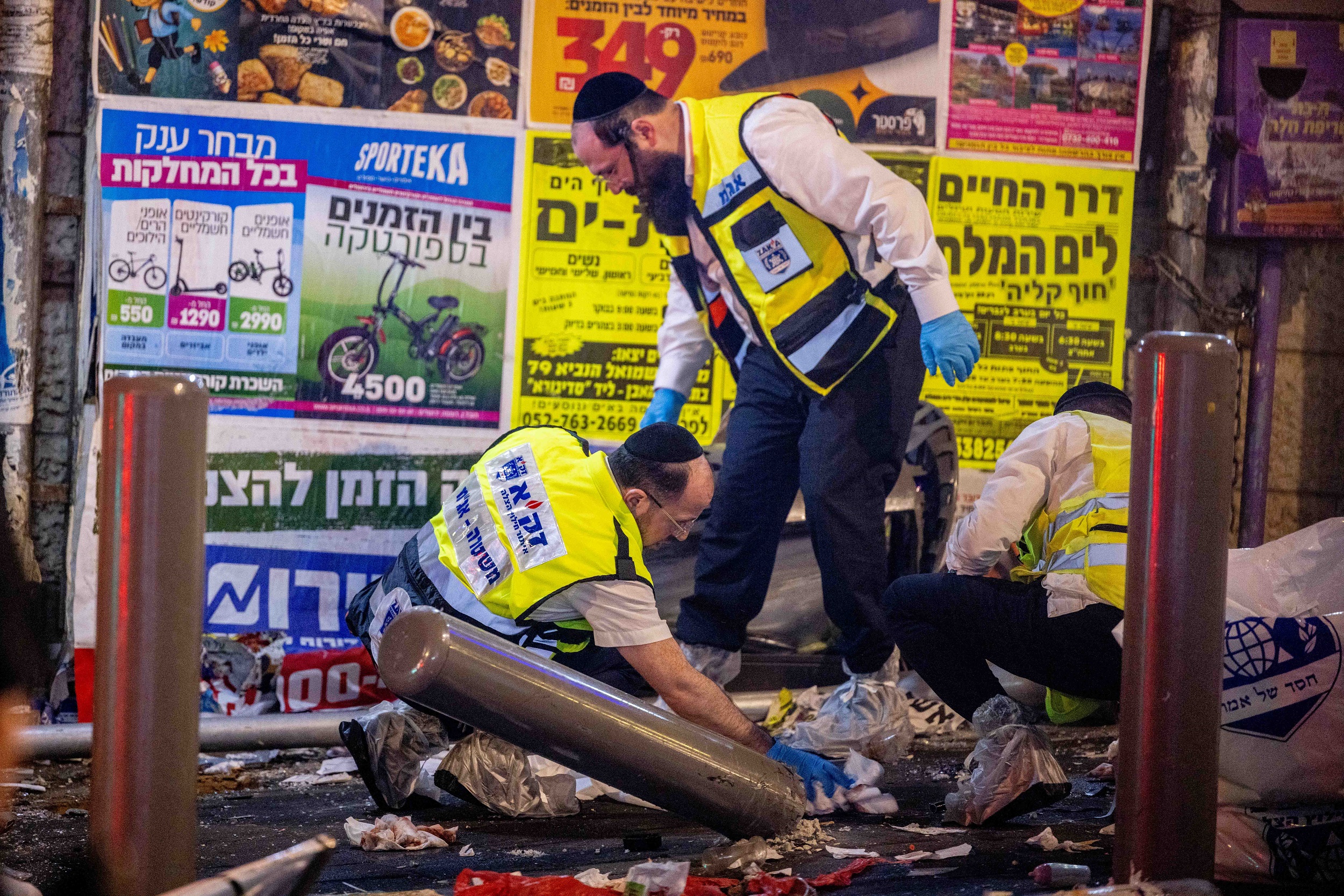 Police and rescue personnel at the scene of where a bus lost control and plowed into a bus station in central Jerusalem, killing at least three people on Aug. 11, 2022. Photo by Yonatan Sindel/Flash90.
Republish this article in your newspaper or website