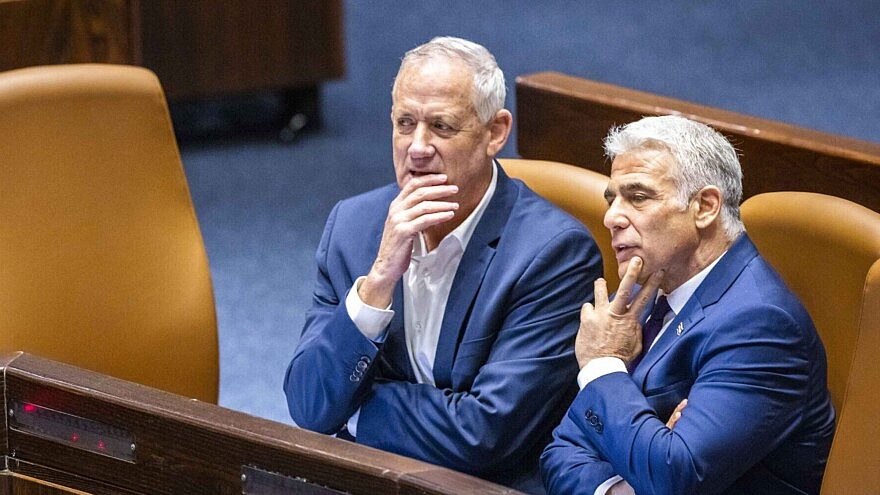 “We are in a real emergency, and therefore I call on Prime Minister Netanyahu to make a decision: Negotiation or confrontation,” said Gantz, adding that the former would “legitimize” any changes to the legal system.

He implored Netanyahu “to establish a cross-party and cross-political team, which will discuss the enactment of a Basic Law in the spirit of the 1948 Declaration of Independence and express the voices of all Israelis.

“An issue so fundamental to our future should come with a broad consensus,” said Gantz.

Justice Minister Yariv Levin on Wednesday announced a far-reaching program for judicial reform, with an emphasis on reining in the Supreme Court.

“The constitutional revolution and the increasing interference of the judiciary in the decisions of the government and in the legislation of the Knesset have degraded the trust in the judicial system to a dangerous low, led to a loss of sovereignty and severe damage to democracy,” Levin said at a press conference at the Knesset.

The constitutional revolution refers to the changes led by then-Supreme Court President Aharon Barak in the 1990s, under which the country’s Basic Laws should be considered the state’s constitution, dramatically expanding the power of the judiciary by enabling the court to exercise judicial review on ordinary legislation and significantly curbing the Knesset’s parliamentary supremacy.

1. Changing the way judges are selected so that the Knesset members will have majority say in the Judicial Selection Committee;

2. Passing an “override clause,” a law that would give legislators the power to reverse the Supreme Court when it strikes down laws;

3. Abolishing the legal justification of “reasonableness” by which the court can cancel Knesset decisions; and

Reining in the Supreme Court is a key issue for Netanyahu’s coalition partners and his Likud Party’s rank and file.

Advocates for judicial reform argue that the Supreme Court has no right to overturn parliamentary laws. The “override clause” would give legislators the power to reverse such actions by the court with an absolute majority of 61 votes in the 120-member Knesset.

In an interview with Maariv released later Thursday, opposition leader Yair Lapid said that “we have to fight for the legal system.

“I mean, the whole essence of what a state is is that a state is a legal institution. It has a law and the Supreme Court is the interpreter of the law,” said Lapid.

“The legal system, I believe, will stand its ground,” he said, adding: “The judicial system is not destroyed that quickly. We will also hold a dialogue with people from the [governing] coalition in an attempt to explain to them and talk to them about the fact that what is happening here is profoundly improper.”

Polls show that the Supreme Court has seen its hallowed position in the eyes of the Israeli public slide over the last decade as its detractors have criticized it for accumulating too much power, self-selecting its members and basing its decisions on a left-wing worldview that puts it at odds with the letter of the law.