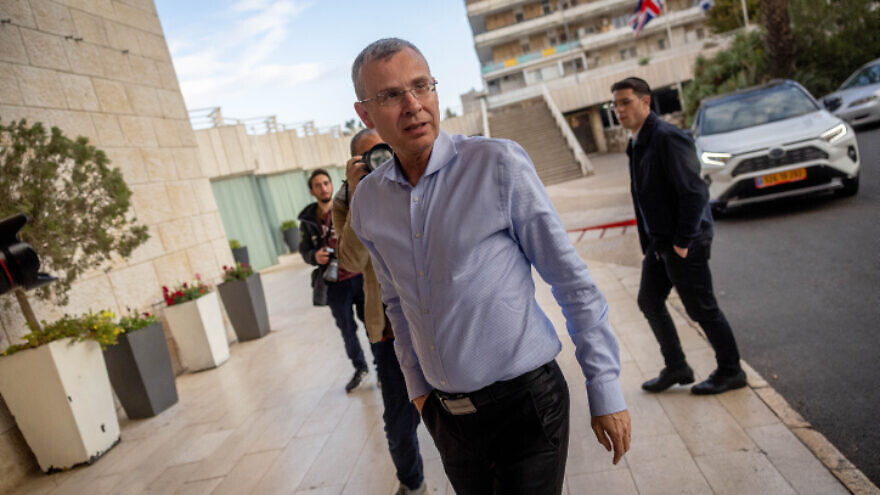 (November 17, 2022 / JNS) If the coalition negotiations are any guide, judicial reform will top the legislative agenda of Israel’s next government. Reining in the Supreme Court is a key issue for Likud leader Benjamin Netanyahu’s prospective coalition partners.

For years, the court’s detractors have criticized it for accumulating too much power, self-selecting its members and basing its decisions on a left-wing worldview that puts it at odds with the letter of the law.

Netanyahu’s allies demand the passage of an “override clause,” a law that would give legislators the power to reverse, or ‘override,’ the Supreme Court when it strikes down laws as unconstitutional. The lawmakers would be able to do this with an absolute majority of 61 votes in the 120-seat Knesset.

United Torah Judaism leader Moshe Gafni said that if Netanyahu won’t promise to pass the law, he’ll “get up and go.” The Religious Zionism Party, just ahead of the election, released a three-part plan to reform Israel’s justice system.

Legal reform is also a top issue for Likud voters. Observers point to member of Knesset Yariv Levin’s ascent in the party’s primary (he finished in first place; Netanyahu had already been selected as chairman), due primarily to his focus on judicial reform. Levin is now a favorite to head the Justice Ministry.

Ahron Garber, deputy head of the legal department at the Kohelet Policy Forum, a Jerusalem-based think tank, told JNS that efforts were made to pass an override clause in the past, but if Levin takes the position, it’s a strong signal that this time the party is serious. “Levin had a chance to take the ministry earlier but didn’t, saying at that time that the political situation wouldn’t allow him to make the far-reaching changes he wanted,” Garber said. “He says he’ll only take it if he can do what he wants.

“What’s also different today is that more people understand that there is a problem. In the ’90s, only a few people realized it. As the years passed and the Supreme Court took for itself increasingly more power, it became obvious,” he said.

Another change is to Netanyahu himself. In 2012, he defended Israel’s justice system from attacks by his own camp and stood in the way of reform. Following his indictment in 2019 on corruption charges, he has become one of the justice system’s chief critics, calling the cases against him a witch-hunt.

Even those who oppose the legislation admit there’s a good chance it will pass. “It looks like the new coalition is very keen on passing this law, and they do have the votes,” Yuval Shany, a professor of international law at the Hebrew University and research fellow at the Israel Democracy Institute, told JNS. (Netanyahu’s right-wing bloc won 64 Knesset seats in the election on Nov. 1. Israeli President Isaac Herzog declared Netanyahu prime minister-designate on Sunday, giving him the mandate to form a government.)

Opponents of an override clause such as Shany say it will undermine human rights and weaken Israel’s already fragile system of checks and balances. “An override clause would essentially dismantle the one and only check we currently have on the power of the legislature to basically pass rights-infringing or rights-limiting legislation,” he said.

The override’s proponents say the court is an example of where there are no checks and balances. A three-judge panel can overturn a parliamentary law. “Actually today, even one judge could say a law isn’t constitutional,” Garber said.

Reform advocates argue that the Supreme Court has no right to overturn Knesset laws. In 1995, then-Supreme Court President Aharon Barak announced a “constitutional revolution.” Barak based his decision on two Basic Laws (basic laws are considered to have greater legal stature than regular laws) passed in the early 1990s—Basic Law: Human Dignity and Liberty and Basic Law: Freedom of Occupation. Barak declared they were “the supreme law of the land and constitute part of Israel’s constitution.” He has since become the bête noire of reform advocates, described as a kind of “evil genius.”

Reform advocates point out that lawmakers who voted on those basic laws didn’t know they were creating a constitution at the time, noting that Basic Law: Freedom of Occupation passed by a vote of 32 to 21 towards the end of the 12th Knesset when lawmakers’ attention was already turned to the next election.

“It’s fair to say that some members of Knesset were quite ignorant of the constitutional implications of what they were actually doing,” Shany admitted. “But some were very clear-eyed about what was happening.”

“What Knesset members knew 30 years ago is a bit of a water-under-the-bridge kind of question, an interesting historical debate, but it’s not the legal reality we have been living in for the last 30 years,” he added.

Given the sharp difference in the way the U.S. forged its constitution and the sudden expansion of the Israeli Supreme Court’s power, some U.S. jurists have weighed in. The late American judge Robert Bork wrote in 2007, “Barak’s court can turn ordinary legislation into a constitution, force it on the nation, and then announce that it can prevent any democratic amendment. In this, Barak surely establishes a world record for judicial hubris.”

It has taken decades for reform advocates to build the popular and political will to push back on Barak’s revolution. Garber said the override clause is just the start. “The override is only one part, and it’s not the most important part. I think today it’s become like a tag, a brand. People really mean more than that. Israeli politicians, when they talk about ‘override,’ are talking about a whole host of changes that need to happen,” he said.