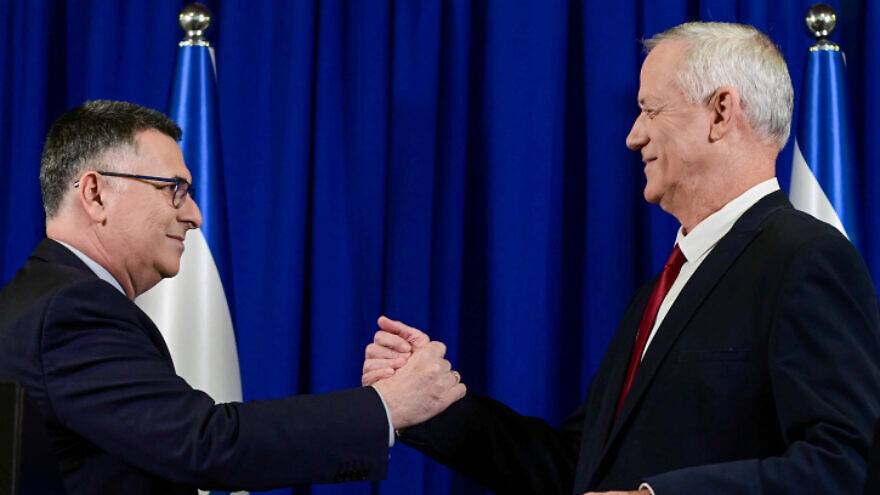 Should former IDF Chief of Staff Lt. Gen. (res.) Gadi Eisenkot join the new faction as head of his own party, he will receive three of the first 20 places in the list to distribute as he wishes, the report said.

“This evening, we are laying down the foundation stone for establishing the next government. Masses of Israelis will have an address,” stated Gantz.

“On too many occasions, the edges and margins have dominated the tone, and the Israeli center has been left without a voice. For too many years, Benjamin Netanyahu has dragged the Likud and the state into eroding the state’s interest, and harming democratic principles,” he added.

Sa’ar stated, “This is the responsible and right thing to do. Israeli citizens expect their political officials to create major political power and not to sanctify nuances.” He added that Israel’s security and the rule of law would be two of the main focal points of the new faction.