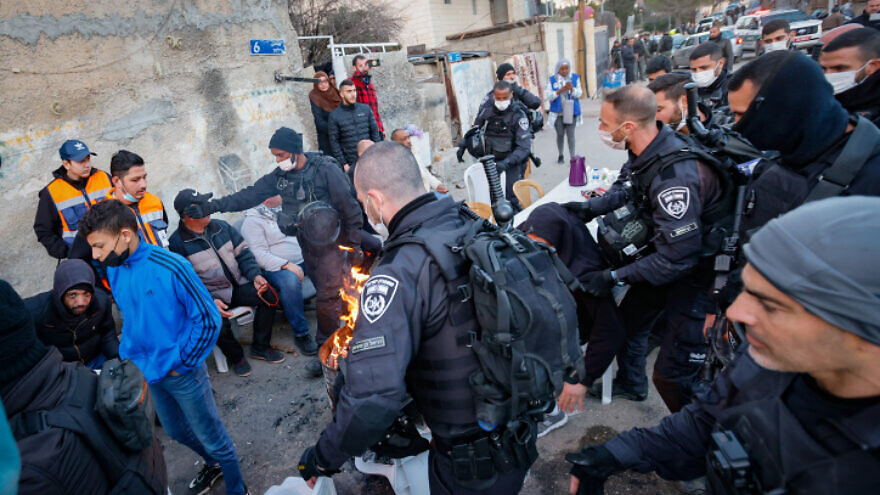 (February 15, 2022 / Israel Hayom) In the wake of renewed clashes over Jerusalem’s Sheikh Jarrah/Shimon Hatzadik neighborhood, a senior member of Palestinian Islamic Jihad warned on Monday that it was prepared for a fresh round of fighting with Israel.

Khaled al-Batsh, who sits on the organization’s politburo in the Gaza Strip, told Palestinian radio, “What happened in the past was the starting point for ‘The Sword of Jerusalem’ and we are ready to fight round two.” Al-Batsh was referring to PIJ and Hamas’s name for their 11-day war with Israel in May 2021, dubbed “Operation Guardian of the Walls” by Israel.

“We call on everyone to act in order to stop what the enemy is doing in Sheikh Jarrah,” he said. He then added, “We will never stay silent over the enemy’s attempts to make the neighborhood Jewish and evict people in the dead of the night; it is unacceptable.”

The latest unrest erupted after a Jewish home was torched over the weekend. Far-right Knesset member Itamar Ben-Gvir responded by setting up a makeshift office early Sunday near the home of a family facing possible eviction. Palestinians moved in on Ben-Gvir’s tent, throwing plastic chairs in the afternoon and scuffling with his supporters.

Israeli Prime Minister Naftali Bennett criticized Ben-Gvir and politicians from the other side of the spectrum for inflaming tensions, saying that “we do not need provocateurs that will set the region ablaze for political purposes.” Bennett added that Israeli law enforcement was capable of dealing with Palestinian rioters vandalizing Jewish homes, and that “we have already reinforced the police presence there.” He stressed that “firebombing Jewish homes in Israel’s capital is intolerable.”

Subscribe to The JNS Daily Syndicate
by email and never miss
our top stories
Efrat Forsher and Shahar Klaiman contributed to this report.
This article first appeared in Israel Hayom.
Republish this article in your newspaper or website