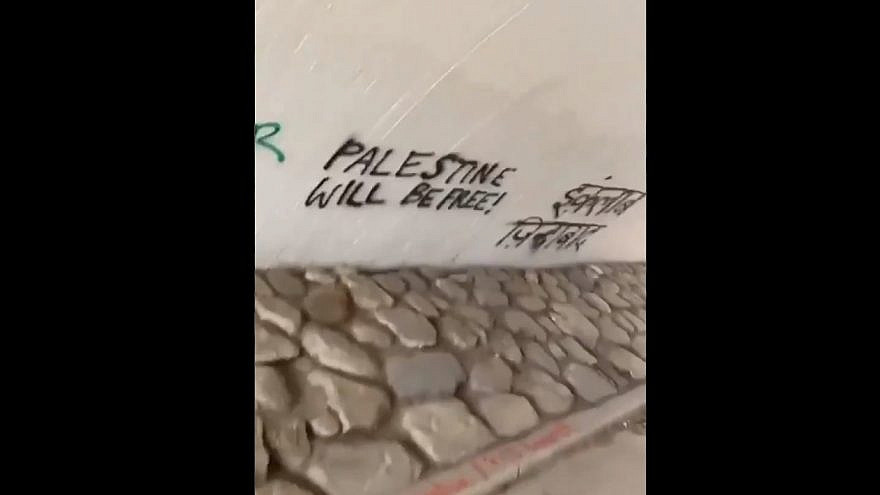 (April 21, 2021 / JNS) The anti-Israel slogan “from the river to the sea, Palestine will be free” was found spray-painted in large letters alongside “Free Palestine” at the University of Massachusetts at Amherst on Monday.

StopAntisemitism.org posted photos and a video of graffiti found inside and outside of the South Tunnel student walkway. In both places, the slogan was accompanied by a drawing of the Palestinian flag.

One wall displayed the names of victims of police brutality, such as George Floyd and Breonna Taylor, but also included 27-year-old Palestinian motorist Ahmad Erekat, who was killed by the Israel Defense Forces in June 2020 after he rammed his car into a security checkpoint.

StopAntisemitism.org said “dozens” of Jewish students at the university contacted them “out of safety concerns” after seeing the graffiti. UMass Amherst had covered most of it by Monday evening, though left the names of the police brutality victims, as well as a heart drawn on the floor in the colors of the Palestinian flag.

The UMass campus has been defaced with similar graffiti before. Most notable was an incident on Holocaust Remembrance Day in April 2020, when “Palestine” was spray-painted in Arabic on the Hillel building.