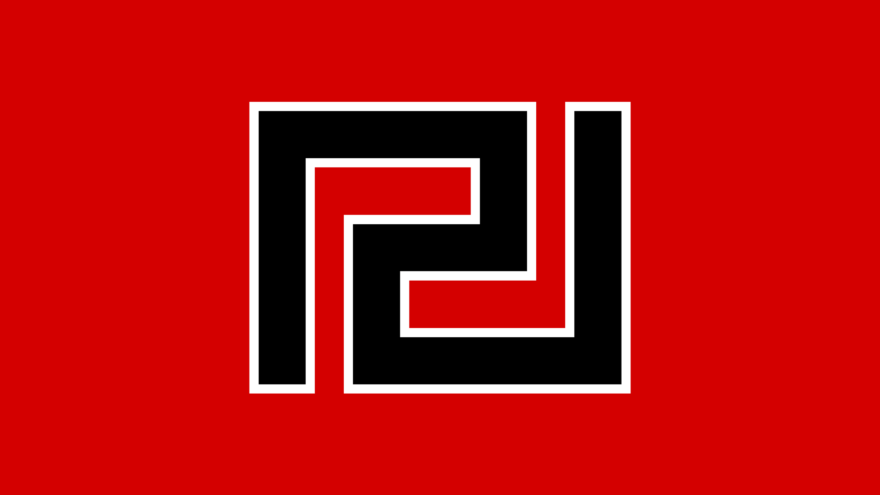 (October 7, 2020 / JNS) A Greek court has deemed the neo-Nazi party Golden Dawn as a criminal organization disguised as a political party—a ruling applauded by Jewish groups.

The five-and-a-half-year trial resulted in the convictions on Wednesday of 68 people, including 18 former lawmakers.

The case, overseen by a three-judge panel, was sparked by the 2013 murder of 34-year-old anti-fascist rapper Pavlos Fyssas, who was chased down and stabbed to death by a Golden Dawn member. The killer, former truck driver Giorgos Roupakias, confessed.

However, the attack sparked outrage and the charges that Golden Dawn was a paramilitary-style organization that used beatings, intimidation and murder as tactics—all with the knowledge of senior party members who sat in Athens at the time.

Golden Dawn was founded in 1980 by Nikolaos Michaloliakos, a Holocaust denier, and was Greece’s third-largest political party in 2015 during the country’s decade-long financial crisis, though it never got more than 10 percent of the national vote. The party was voted out of the Hellenic Parliament in the 2019 election, despite the fact that out of Greece’s 703 regional councilors, 22 belong to the party.

Michaloliakos was one of seven of the 18 former party members convicted of leading a criminal organization, a felony that carries a maximum prison sentence of 10 years. Individual sentences are expected to be announced in the coming days.

‘A defeat for hate and intolerance’

Despite the downfall of Golden Dawn occurring even before the verdict—it was unable to get sufficient financing—its designation as a criminal organization will result in “the full disbanding of the party, especially since their leadership is going to go to jail,” Endy Zemenides, executive director of the Chicago-based Hellenic American Leadership Council, told JNS.

Prime Minister Kyriakos Mitsotakis tweeted that it was a “truly historic day for Greece, democracy and the rule of law.”

“Αfter the Greek people voted the neo-Nazi party of Golden Dawn out of Parliament in the last election, today the Greek justice system convicted its leadership of operating as a criminal organization,” he added.

“Long-awaited & welcome decision by Greek court. Neo-Nazi Golden Dawn party has been declared a criminal organization. Its leaders are headed for jail. As a target of Golden Dawn, I know something about its methods. Justice has prevailed in #Greece,” tweeted American Jewish Committee CEO David Harris.

Neo-Nazi Golden Dawn party has been declared a criminal organization. Its leaders are headed for jail.

As a target of Golden Dawn, I know something about its methods.

Justice has prevailed in #Greece.https://t.co/EjTXicWoJt

“The landmark ruling of the Greek court that criminalizes this neo-Nazi entity shields the republic of our country,” said the Central Board of Jewish Communities in Greece in a statement. “It reaffirms an important truth: Neo-Nazi organizations that weaponize patriotism are dangerous and spread hatred.”

“This is a welcome and important decision, and finally tells the facts as they are—that neo-Nazis like those in Golden Dawn are criminals, pure and simple,” said European Jewish Congress president Moshe Kantor in a statement. “We hope other nations which allow similar neo-Nazi parties to run in elections and sit in parliaments will likewise proscribe parties that promote racist and hateful ideologies.”

Kantor called the verdicts “a win for democracy, and a defeat for hate and intolerance.”

In a statement, Sacha Roytman-Dratwa, director of the Combat Anti-Semitism Movement.

“Golden Dawn members have openly expressed neo-Nazi sentiments and denied the Holocaust. Such inciteful behavior inevitably leads to violence and tragedy,” he said. “Although the court’s decision is an important step, there is still plenty of work to be done in Greece and beyond. The racism represented by Golden Dawn hasn’t disappeared.

“Hopefully,”  continued Roytman-Dratwa, “the court’s landmark ruling will encourage political and judicial leaders in other countries to redouble their efforts in combating anti-Semitism, racism and hatred, wherever it is found.”