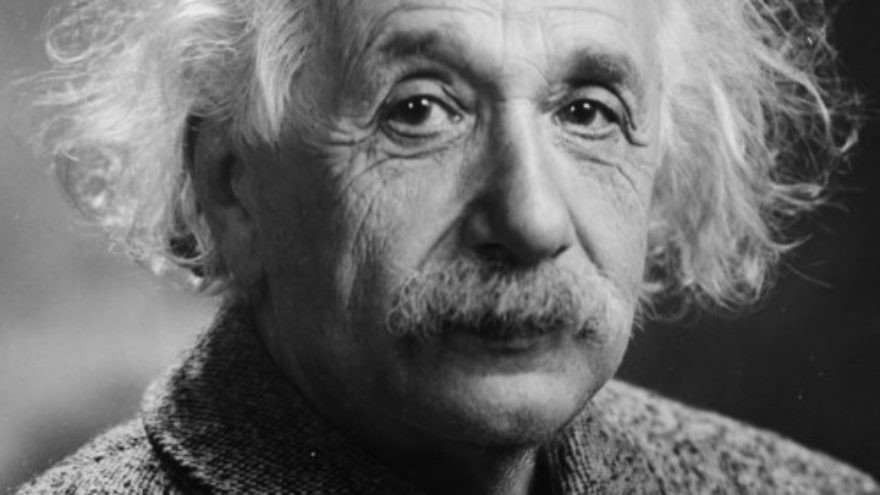 On July 11, the History Channel reaffirmed its commitment to accuracy and truth by revising its “Albert Einstein: Fact or Fiction?” webpage to replace erroneous wording tending to negatively portray Israel: “Though he (Albert Einstein) was very sympathetic to Israel, he was never an ardent Zionist—he believed in ‘friendly and fruitful’ cooperation between Jews and Arabs.”

There were two problems here: the erroneous characterization of Einstein’s attitude toward Zionism, and the erroneous implication that Zionism and Israel from the outset did not believe in cooperation between Arabs and Jews.

The History Channel’s revised wording reads, “Einstein was, however, very sympathetic to Israel. In 1947 he expressed his belief in Zionism as well as the importance of ‘friendly and fruitful’ cooperation between Jews and Arabs.” The case for revision was made by the Committee for Accuracy in Middle East Reporting in America (CAMERA) in correspondence with Kimberly Gilmore, the network’s historian and director of corporate outreach.

“Did Einstein really almost become the president of Israel? Yes. In 1952, Israel’s first president, Chaim Weizmann, asked his friend Albert Einstein (‘the greatest Jew alive,’ Weizmann said) if he would be willing to lead the young nation. Though the Israelis assured him that ‘complete facility and freedom to pursue your great scientific work would be afforded by a government and people who are fully conscious of the supreme significance of your labors,’ Einstein turned down the offer. Einstein was, however, very sympathetic to Israel. In 1947 he expressed his belief in Zionism as well as the importance of ‘friendly and fruitful’ cooperation between Jews and Arabs. Despite his dedication to political issues, Einstein worried that he lacked the interpersonal skills to be a world leader. Still, Einstein added, ‘my relationship to the Jewish people has become my strongest human bond, ever since I became fully aware of our precarious situation among the nations of the world,’ and he was ‘deeply moved’ by Weizmann’s offer.”

Citing authoritative sources, CAMERA had made the case (stated in the next three paragraphs) to the History Channel for the need to correct the original tendentious wording.

Contrary to the assertion that Einstein was “never an ardent Zionist,” Einstein expressed great admiration of and identification with Zionism. In Einstein’s letter to Jawaharlal Nehru, prime minister of India, on June 13, 1947, he wrote, “Long before the emergence of Hitler I made the cause of Zionism mine because through it I saw a means of correcting a flagrant wrong….The Jewish people alone has for centuries been in the anomalous position of being victimized and hounded as a people, though bereft of all the rights and protections which even the smallest people normally has…Zionism offered the means of ending this discrimination. Through the return to the land to which they were bound by close historic ties…Jews sought to abolish their pariah status among peoples… The advent of Hitler underscored with a savage logic all the disastrous implications contained in the abnormal situation in which Jews found themselves. Millions of Jews perished… because there was no spot on the globe where they could find sanctuary…The Jewish survivors demand the right to dwell amid brothers, on the ancient soil of their fathers.”

The implication in the History Channel’s initial phrasing—that Zionism from the beginning did not believe in cooperation between Jews and Arabs—also is contradicted by the words of David Ben-Gurion, certainly an ardent Zionist, who was the primary founder of the State of Israel and its first prime minister. He said in a speech on Dec. 13, 1947, “[I]n our state there will be non-Jews as well—and all of them will be equal citizens; equal in everything without any exception; that is: the state will be their state as well…The attitude of the Jewish State to its Arab citizens will be an important factor—though not the only one—in building good neighborly relations with the Arab states. If the Arab citizen will feel at home in our state, and if his status will not be the least different from that of the Jew, and perhaps better than the status of the Arab in an Arab state, and if the state will help him in a truthful and dedicated way to reach the economic, social, and cultural level of the Jewish community, then Arab distrust will accordingly subside and a bridge to a Semitic, Jewish-Arab alliance, will be built.”

So what can be learned from this example? For one thing, conventional wisdom tends to hold that the Israeli-Palestinian conflict amounts to something like “cruel Israel victimizes the weak Palestinians,” a false understanding that too often influences writers and speakers to oversimplify, distort, or even falsify historical information about the conflict. Then, it’s often upto an outside watchdog like CAMERA to uphold traditional historical and journalistic standards of accuracy and set the record straight.

Myron Kaplan is a senior research analyst with CAMERA, the Boston-based 65,000-member Committee for Accuracy in Middle East Reporting in America. Any opinions expressed above are solely those of the writer.