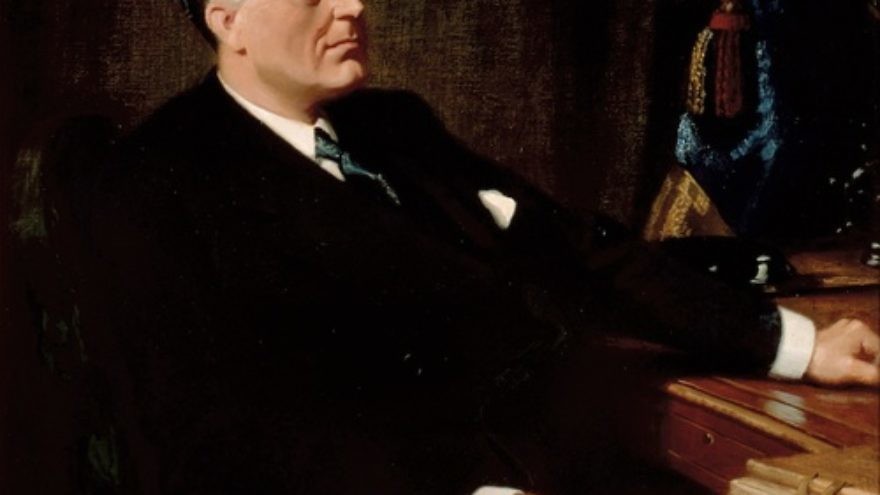 The name “Evian” will forever be remembered as the site of an international conference, 75 years ago this week, that was supposed to save the Jews of Germany—but instead sealed their doom. Evian, however, should also be remembered for its link to the rescue of a different group of refugees in the 1970s, the so-called “boat people” fleeing the Communist takeover of Southeast Asia.

Now, perhaps Evian will go down in the history books for yet another reason—as a turning point in addressing the problem of the tens of thousands of African refugees who have entered Israel in recent years.

With the persecution of Jews in Germany and Austria intensifying in 1938 and refugee advocates urging U.S. intervention, the Franklin Delano Roosevelt administration initiated an international conference in the French resort town of Evian-les-Bains from July 6-15 to address the crisis. Thirty-two countries agreed to send delegations.

In his announcement, President Roosevelt emphasized that “no nation would be expected or asked to receive a greater number of emigrants than is permitted by its existing legislation.” The U.S. also assured Great Britain that Mandatory Palestine would not be discussed as a possible refuge; the British feared admitting more Jews to the Holy Land would anger the Arab world.

The July 6 opening session at the luxurious Hotel Royal was not well attended. The hotel’s chief concierge later recalled why: “All the delegates had a nice time. They took pleasure cruises on the lake. They gambled at night at the casino… It is difficult to sit indoors hearing speeches when all the pleasures that Evian offers are outside.”

When they finally got around to addressing the issue, the delegates made clear that everyone expected somebody else to solve the problem. Typical was the Australian representative, who asserted, “As we have no real racial problem, we are not desirous of importing one.” The only exception was the tiny Dominican Republic, which declared it would accept as many as 100,000 Jewish refugees. But that project never materialized, because the Roosevelt administration feared the arrival of so many refugees in the nearby Caribbean would enable them to sneak into the United States.

Golda Meir, who attended Evian as an observer, concluded that “nothing was accomplished at Evian except phraseology.” She remarked afterwards: “There is only one thing I hope to see before I die, and that is that my people should not need expressions of sympathy any more.” Another critic pointed out that “Evian” was “Naive” spelled backwards. The problem, however, was not naiveté so much as it was calculated indifference.

In 1979, Evian was the site of another refugee conference—but with a very different outcome. That year, hundreds of thousands of refugees, the so-called “boat people,” fled the Communist takeover of Southeast Asia. In his emotional keynote speech, U.S. Vice President Walter Mondale referred to the 1938 gathering, which “failed the test of civilization.” He urged his audience to learn from the past: “We face a world problem. Let us fashion a world solution… History will not forgive us if we fail. History will not forget us if we succeed.” The speech is widely credited with inspiring many countries to open their doors. “The nations stepped up to the crisis,” Mondale’s chief speechwriter, Martin Kaplan, later recalled. “It was one of those rare occasions when words may actually have saved lives.”

In conjunction with the 75th anniversary of the original Evian conference, 300 hundred Holocaust scholars, religious leaders, and political and cultural figures from around the world have signed the “Evian Declaration,” an appeal to the international community to look to Mondale’s example in addressing the crisis of the tens of thousands of African refugees who have been entering Israel. The declaration was organized by The David S. Wyman Institute for Holocaust Studies, the Hebrew University-Hadassah Genocide Prevention Program, and the Tel Aviv-based Combat Genocide Association.

The point of the Evian Declaration is not to compare tragedies. The problem of today’s African refugees differs in many ways from the plight of German Jews or Southeast Asian boat people. Those fleeing Hitler or the Khmer Rouge were unquestionably victims of persecution, while the Africans seeking admission to Israel include some refugees from the Darfur genocide as well as many who are fleeing from poverty or civil strife rather than ethnic persecution.

What is important is to recognize that an international solution is needed for this international problem. The nations of the world must accept their responsibility to share the burden of resolving the African refugee crisis. Israelis have legitimate concerns that they are being unfairly pressured to shoulder all or most of the burden of caring for the new refugees. No doubt Israel, which was the first country to take in Vietnamese refugees and has a long history of assisting African countries, will play an appropriate role alongside other nations that are committed to doing their fair share. Men and women of good will must come together in a partnership of humanity to face this crisis.