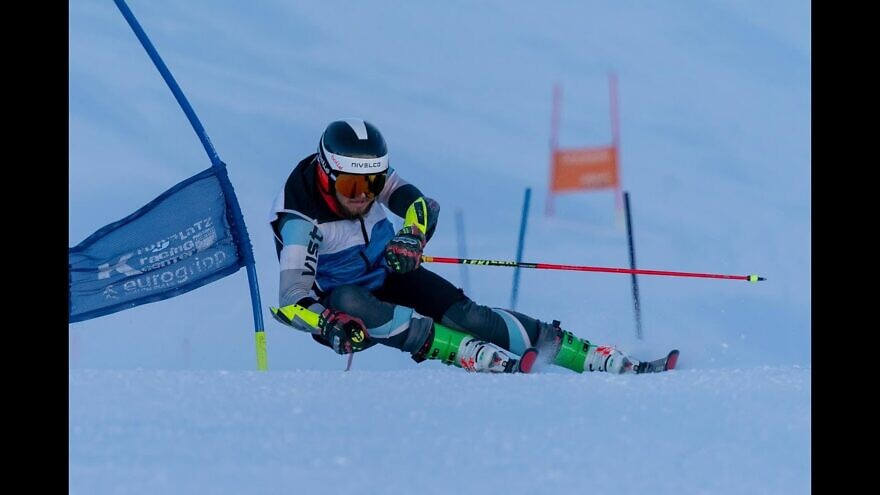 The 23-year-old Hungarian-born skier, who’s representing Israel in his Olympic debut, finished second in the slalom portion of the race and 11th in the downhill section, which resulted in an overall sixth-place finish with a time of 1:45.04. The gold-medal winner was Johannes Strolz from Austria; Norway’s Aleksander Aamodt Kilde earned the silver; and the bronze medal went to Canada’s James Crawford.

Szollo’s accomplishment has him tied for Israel’s best winter Olympics finish with ice-dancers Galit Chait and Sergei Sakhnovski, who came in sixth in ice-dancing at the 2002 Olympic Games in Salt Lake City, Utah.

For a country where most people ski on sand, 6th place is pretty good.

The Feb. 10 race was Szollos’s third Olympic event; he finished 30th overall in both the men’s downhill and Super-G. He will compete in the giant slalom on Sunday and in the slalom on Feb. 16.

Raised in Austria, Szollos obtained Israeli citizenship through his father, a former coach of Israel’s national team, according to The Associated Press. He has been to Israel twice.