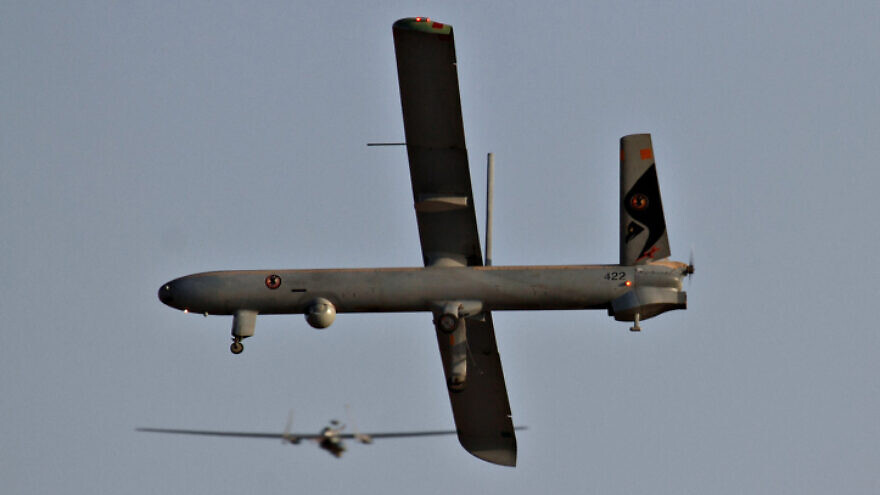 (July 21, 2022 / JNS) The Israeli military on Wednesday lifted a long-standing ban on the publication of information regarding the Israel Defense Forces’ use of unmanned aerial vehicles (UAVs) to carry out airstrikes.

The drone has been used in “the majority of targeted assassinations conducted by Israel in Gaza and other places,” according to Channel 12. The Hermes 450’s small size and weapons payload make it well-suited for such operations as it reduces the potential for collateral damage, wrote the report.

According to a report by Jane’s Defence Weekly in April, Germany decided to arm its Heron TP medium-altitude, long-endurance UAVs, which the country leases from Israel.

“The Luftwaffe is to operate five Heron TPs from an undisclosed base in Israel with the type set to become operational later in 2022,” said the report.

Germany had leased Heron 1 UAVs that it used in Afghanistan and Mali for intelligence-gathering purposes, and had originally planned to use the Heron TP in the same way.

While the German military “did not say why the decision to enable the Heron TPs to be armed had been made at this time, it is likely part of a wider beefing up of Germany’s defense posture following Russia’s ongoing invasion of Ukraine,” added the report.