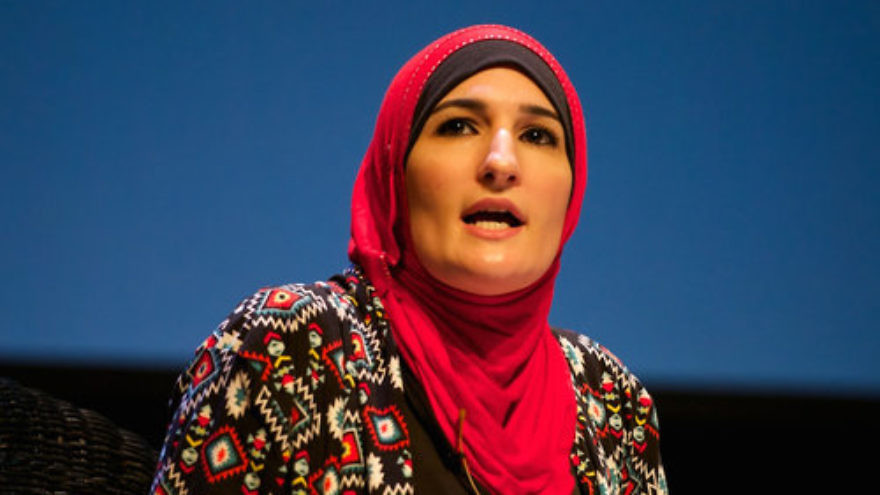 In the Venn diagram of intersectionality, one group doesn’t intersect the others.

“Intersectionality” is the left-wing word of the day. Academically, it means various identity-based “oppressions” overlap and interact to reinforce each other. Practically, it means various “oppressed” groups must stick together. Having graduated from the academy to the street, it has become the social justice warrior version of the early labor movement’s One Big Industrial Union.

Skeptics argue that a coalition organized around identity-group power would eventually come to tears over conflicting grievances. After all, there are only so many redistributed taxes, political appointments and endowed chairs to go around.

So far, though, it’s mostly Jews who are getting shut out by progressives and their anti-Israel supporters who post fake eviction notices and decry “Jewish privilege.” Beginning with the Ferguson riots, the Black Lives Matter movement has been infiltrated by militant anti-Zionists, who have now used Black History Month as a platform for their hate. Linda Sarsour, a lead organizer of the Women’s March, seeks to isolate Jews from feminism, calling it incompatible with Zionism.

Unsurprisingly, liberal Jews have responded with weakness and confusion. Days before the Women’s March, The Forward published an op-ed literally titled, “Why Jewish Feminism Should Embrace, Not Fear, Intersectionality.” The Anti-Defamation League, having written glowingly of intersectionality and the Women’s March on its official blog, appears not to have any response at all. Benjamin Gladstone, like any true believer, argued in the Tablet that the fault lies not with intersectionality, but with flawed intersectionalists.

Intersectionality, however, isn’t about fairness or rights. It’s about group power. Intersectionality promotes group rights based on group grievances. It’s a tool for dividing our country by focusing on our differences rather than on our commonalities. It inevitably turns politics into a hate-fueled group shoving match, and we’re always the smallest group in the room.

History shows that we lose when societies fragment into warring tribes. In a country where Jews have thrived, and in a world where Israel is an economic, technological and military marvel, it’s no wonder we don’t fit in.

Gladstone’s argument that the intersectionality movement should deal with anti-Zionism and anti-Semitism falls flat. His appeal is to fairness, not to interest. Most other groups don’t really care about fairness, and the Palestinian activists detest Jews.

Some on the left have attempted to circumvent the problem through traditional liberal means. They propose to continue looking for allies among other identity groups, as Jews always have, but to do so outside of intersectionality. They aim to recreate the old civil rights alliance with new Asian, Hispanic and Muslim membership. Both Mark Yudof, president emeritus of the University of California system, and David Bernstein, CEO of the Jewish Council for Public Affairs, champion this approach.

Though superficially more politically astute, they offer nothing more than Gladstone. Practical intersectionality is about power, and neither Yudof nor Bernstein offer any compelling incentives for these other groups to abandon their Muslim and anti-Israel allies. Neither do they offer any mechanism aside from “education.” Instead of recapturing their movement from anti-Semites, they merely put Jews in a bidding war for friends.

The right answer isn’t to beg for scraps from such a movement. It’s to walk away from it entirely.

The genius of America is to recognize only individual rights while promoting voluntary communities. The genius of Israel is to take that to the national level. Our post-Holocaust history validates those ideas, and repudiates everything intersectionality stands for.

Intersectionality is a step backwards for Jews. In “Making It,” his professional memoir of Jewish intellectual life in the 1950s and ’60s, Norman Podhoretz contrasts the more radical first generation of the 1930s and ’40s with the generation that followed. The buzzword of the first generation was “alienation”—alienation from and hostility to America. The second generation, liberal but not radical, sought acceptance of Jewish culture as a legitimate American construct.

Walking away from intersectionality doesn’t mean walking away from allies and friends who are in trouble. It means inviting them to succeed on the same terms that we have—the way Americans have always succeeded—and helping them to do so.

It may even mean finding new allies, like the white working class described in J.D. Vance’s “Hillbilly Elegy”—a demographic that comprised a substantial portion of President Donald Trump’s voting bloc. Such an alliance isn’t as bizarre as it might seem at first blush; Podhoretz notes that during his U.S. Army service, his best friends were hillbilly southerners.

Among activist groups and on hostile college campuses, this formula may be a tough sell. But they aren’t our friends, anyway. The best way to rob intersectionalists of their power is to demonstrate just how little they have to offer the communities they ostensibly represent.

Joshua Sharf is a fellow with the Haym Salomon Center and head of the PERA project at the Independence Institute. Follow him on Twitter @joshuasharf.