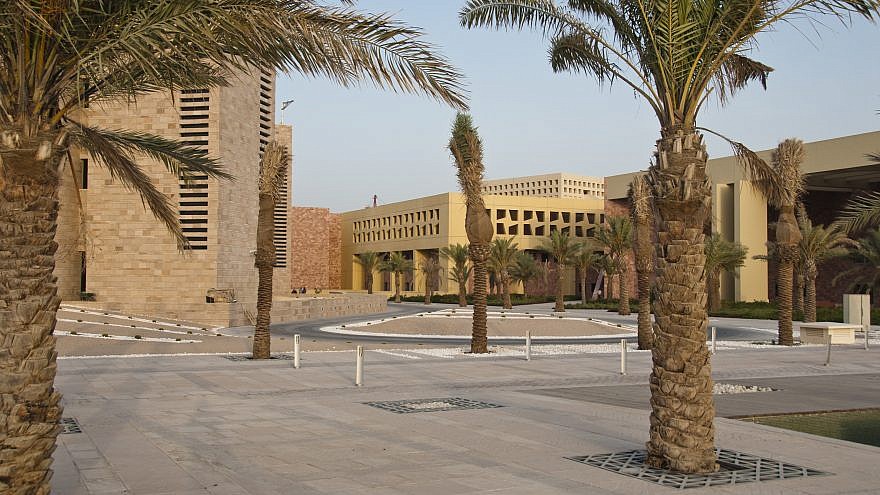 (May 13, 2019 / JNS) The environment on North American college campuses in regards to the Israeli-Palestinian conflict has reached toxic levels in recent years. Much of this has been driven by the continued influence of BDS-associated groups that regularly sponsor anti-Israel resolutions, events and speakers that have led to Jewish and pro-Israel students feeling under siege on campus.

In the midst of this, two legal groups are seeking information about potential influence by the government of Qatar, of all places, funding certain programs at Texas A&M University and a Texas A&M campus in the Gulf state of Qatar. A nominal U.S. ally and host to the largest U.S. military base in the Middle East, Qatar has also been accused of aligning itself with Islamic terrorists and extremists.

“Judicial Watch and the Zachor Legal Institute are battling in court for the truth about how the foreign government of Qatar lassoed Texas A&M into setting up a campus in a country run by a government known for its promotion of terrorism, and extreme anti-Israel and anti-Semitic policies,” said Tom Fitton, president of Judicial Watch.

Marc Greendorfer, president of Zachor Legal Institute, said, “We are grateful for the assistance of Judicial Watch in intervening on our behalf. We were surprised that the Qatar Foundation sought to suppress the production of information that is required to be reported under federal law and look forward to finally receiving the documents from Texas A&M so we can continue our work researching the influence of malign foreign actors on American campuses.”

“We suspect that Qatar may be using university grants to surreptitiously fund radical individuals and groups on campuses, and if this is happening, we expect to find evidence through the financial records we have requested,” Greendorfer told JNS.

‘A vehicle for international Islamist networks’

“Our own research shows the Qatar Foundation has provided well over $700 million in contracts and grants to American universities over the past five years, of which a substantial amount went to Texas A&M,” he said.

Indeed, the Qatar Foundation is directly managed by the country’s ruling Al-Thani family, which uses the foundation to conduct a range of initiatives focusing on education and research as part of its “Education City” campus, which hosts Qatari branches of American universities such as Texas A&M. Nevertheless, the Qatar Foundation-backed schools in the country have been accused of hosting and promoting radical Islamic preachers and lecturers.

“QF schools and mosques often host the most virulently radical Islamist preachers, including one who referred to the 9/11 attacks as a ‘comedy film,’ another who said that Jews bake Passover matzoh with human blood (‘believing that this brings them close to their false god’), and a third who accused the Shia of ‘poisoning’ and ‘sorcery,’ ” according to a report in National Review.

Additionally, the Qatar Foundation has been linked to the Muslim Brotherhood, which the Trump administration plans to designate as a terrorist organization.

“The Qatar Foundation is not just an arm of the terror-linked Qatari regime; it is also a vehicle for international Islamist networks,” said Westrop.

“One of the Qatar Foundation’s centers even bears the name of Yusuf Al-Qaradawi, the pro-Hitler, pro-suicide bombing ‘spiritual leader’ of the Egyptian Muslim Brotherhood. Given these well-documented extremist connections, it is vital we learn what ideas this powerful Qatari regime institution is attempting to impose on a generation of American college kids,” he said.

Greendorfer told JNS that the public records request from Texas A&M stemmed from their own investigation into whether or not foreign money is being used to fund radical activism on U.S. campuses, which is an outgrowth of their broader investigation between anti-Israel activism and foreign terror groups.

“We know that there are interlocks between BDS leadership and terror groups like Hamas, PFLP and Palestinian Islamic Jihad (we detailed the ties in our letter to the Department of Justice asking for a RICO investigation), but we don’t have specific information on how U.S. BDS groups are financed, especially those that operate on campuses (like Students for Justice in Palestine).  Submitting public records requests to universities, asking for grants or contracts from foreign states that support anti-Israel activism, is one of the strategies we are using to investigate these financial ties,” he said.

Greendorfer said that while most of the public-records requests were complied with, after Texas A&M informed Qatar of their request, they ended up filing a lawsuit in Texas to block the production of documents.

After filing a second public-records request focusing on the Qatar Foundation, Greendorfer said that they found that Texas A&M had stopped reporting foreign gifts to the U.S. Department of Education in 2017, and that the Qatar Foundation argued that whatever their financial ties with the school was confidential and could not be disclosed under Texas public-records act.

The Qatar Foundation “claims that they are protecting proprietary information on how they make grants,” he said. “If this is the case, we believe that the public needs to know this information, as the grants may contain restrictions, stipulations or other conditions that promote foreign interests over domestic interests.

“We believe that most, if not all, of the records responsive to our requests are not covered by exceptions in the public-records law and further believe that there is a compelling interest in ensuring that public universities are transparent with how foreign governments and foreign actors fund and influence American institutions, so we are confident that the court will order production of the documents we have requested.”

Texas A&M did not respond to an inquiry regarding a reaction to the legal petition.