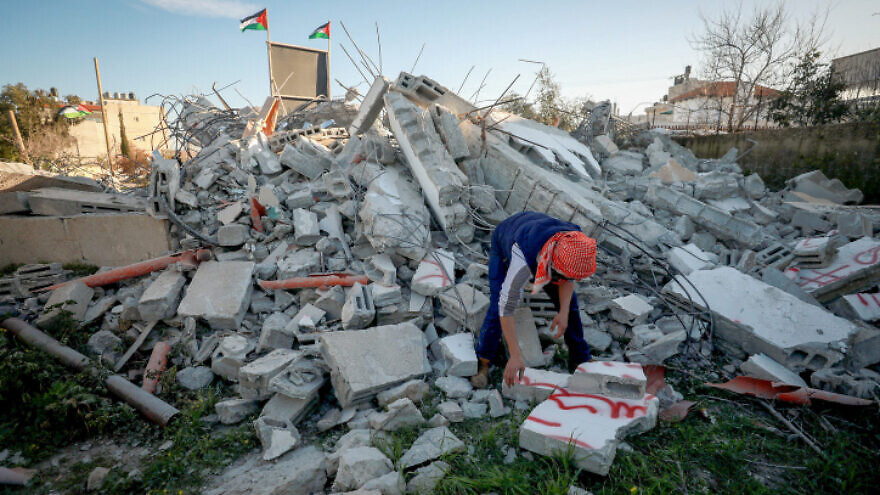 A Palestinian man walks on the rubble of the family house of suspected Palestinian terrorist Yazan Mughamis after it was demolished by Israeli forces in the West Bank town of Birzeit on March 5, 2020. Photo by Flash90.
Spread the word.
Help JNS grow!
Share now:

The suspects, Walid Hanatsheh and Yazan Mughamis, are believed by Israel to have been members of the terrorist cell that killed 17-year-old Israeli Rina Shnerb, and injured her father and brother, near the town of Dolev in Judea and Samaria in August.

One of the homes destroyed was in the city of Birzeit, north of Ramallah, while the other was in Ramallah itself, according to the AP.

According to the IDF, dozens of Palestinians burned tires, and threw rocks and firebombs at Israeli troops during the demolition work, who responded with “riot dispersal means.”

No casualties were reported.