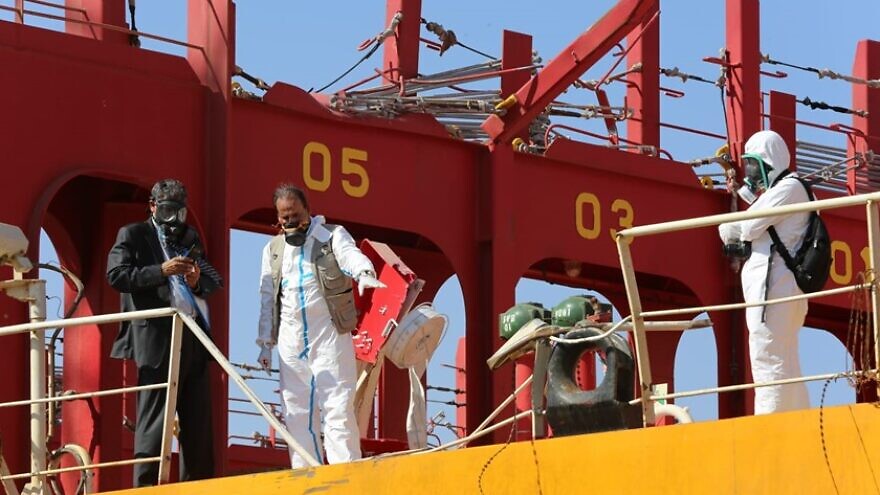 The gas was released when a tank filled with 25 tons of chlorine for export to Djibouti exploded after falling from a crane, according to Reuters.

The Israeli defense establishment “is ready to assist in any way necessary,” said Gantz in a statement, adding that the offer has been transferred “to our Jordanian friends.”

Gantz also tweeted his condolences to Jordan, saying, “Our hearts and thoughts are with those killed and we pray for the recovery of the injured.”

Jordanian state television tweeted a video of the storage tank falling and slamming into a ship deck, sending a cloud of yellowish gas rising into the air. People could be seen fleeing the scene on foot.

When inhaled, chlorine turns into hydrochloric acid, which can lead to internal burns, as well as drowning through a reactionary release of water in the lungs, according to the report.