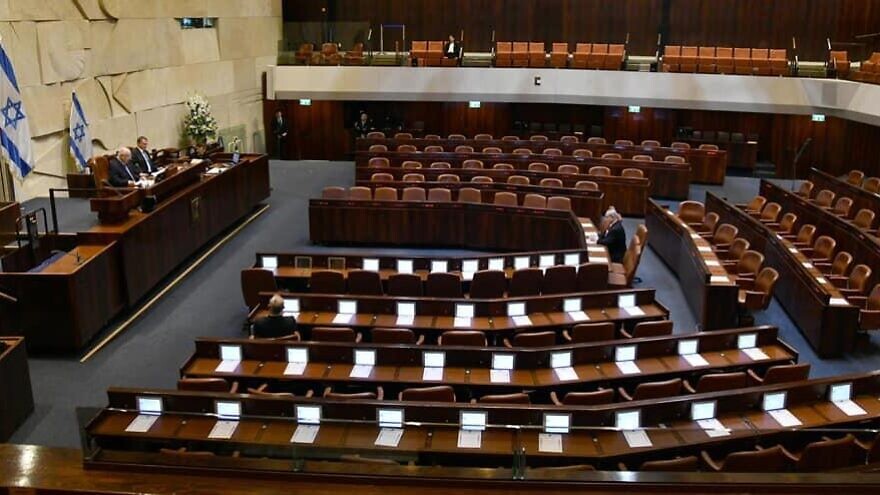 (March 16, 2020 / JNS) With Israel, like most of the world, reeling from the coronavirus pandemic, a surreal scene took place on Monday as the 23rd Knesset was sworn in to a largely empty chamber.

Afterwards, each of the 120 members of the Knesset were sworn in three at a time, turning the usually festive occasion into a more somber one reflective of the seriousness of the outbreak.

At the same time, Israel is in the midst an unprecedented political deadlock with three elections in the past year failing to yield a government. Earlier, Rivlin tasked Gantz with forming a government after he was endorsed by 61 Knesset members.

“The political crisis is very deep and divides us in half, but we have no other state and no other nation,” Rivlin said referring to the current political deadlock. “I have only one request of you: Give this people a government.”

In his remarks, Edelstein called for the formation of an emergency unity government, saying “the plenum is empty, but with us are the millions of citizens who badly need an emergency government.”