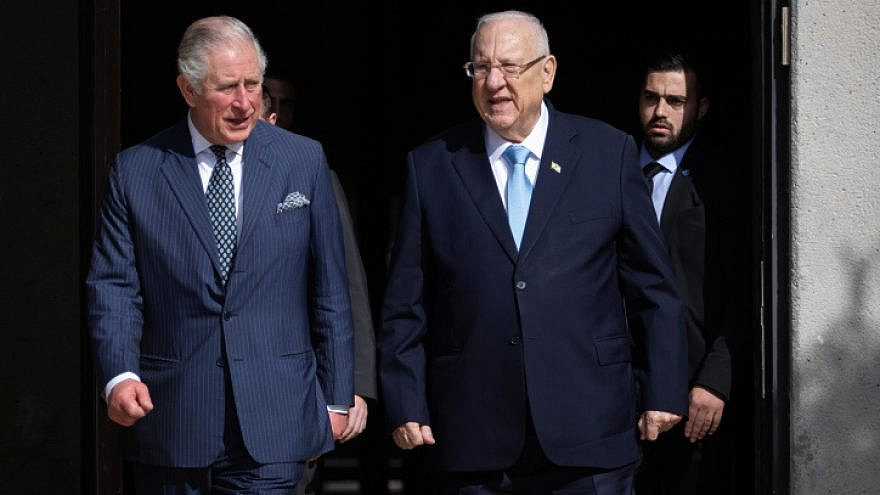 (June 9, 2021 / JNS) Israeli President Reuven Rivlin appealed to Prince Charles on Tuesday to allow a critically ill child to be brought to Israel for medical treatment. In May, a British court ruled that Alta Fixler, age 2, should be taken off life support.

“I am writing to you today on a matter of grave and urgent humanitarian importance,” wrote Rivlin in a letter to the Prince of Wales.

The court’s decision, he continued, contradicted the beliefs of the child’s Orthodox Jewish parents, who are also Israeli citizens, and it would be a “tragedy” if their wishes could not be respected.

“Their religious beliefs directly oppose ceasing medical treatment that could extend her life, and [they] have made arrangements for her safe transfer and continued treatment in Israel,” he wrote.

Rivlin’s appeal joins that of Israeli Health Minister Yuli Edelstein, who reached out to his British counterpart Matt Hancock on June 7.

The U.K. Board of Deputies of British Jews said in support of Edelstein’s appeal on Tuesday, “We welcome Israel’s offer to transfer Alta Fixler for treatment, in accordance with her parents’ wishes. We have written to the Department of Health and Social Care to ask that this be seriously considered.”

In May, the U.K. Family Division of the High Court ruled that Alta’s parents could not take their daughter to a Jerusalem hospital, agreeing with an earlier decision by the Manchester University NHS Foundation Trust that “there was no prospect of her ever getting better,” The Jewish Chronicle reports.

The High Court justice said Alta’s parents “cannot be criticized for having reached a different decision informed by the religious laws that govern their way of life, but applying the secular legal principles that I must … I cannot agree with their assessment and am required to act accordingly.”

He instructed the hospital to continue with palliative care to mitigate the child’s suffering.

Alta experienced a brain injury at birth and is unable to eat, drink or breathe without medical assistance. She is connected to a ventilator at the Royal Manchester Children’s Hospital, reported The Daily Mail.