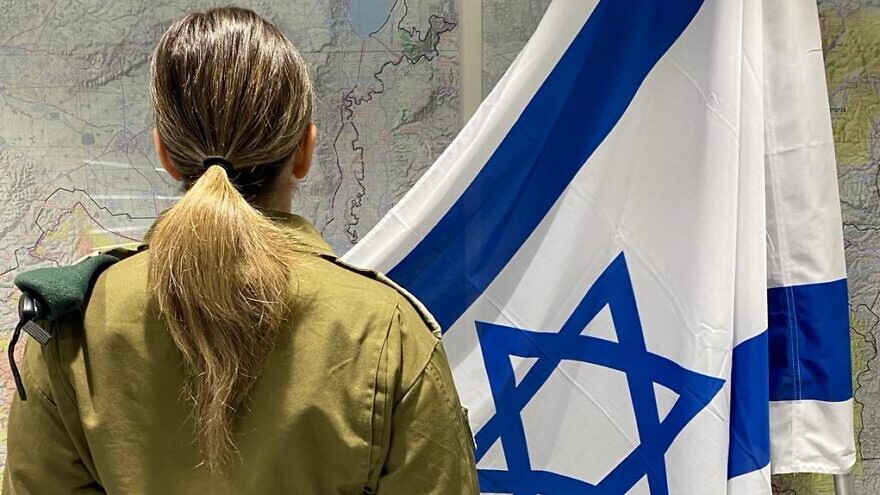 (December 21, 2021 / Israel Hayom) Israeli President Isaac Herzog made history on Monday when he picked Col. N. to serve as his military secretary—making her the first woman ever appointed to the role.

N., 40, will be promoted to brigadier-general.

N. has served in the Israel Defense Forces for 22 years in numerous field and office roles in the Intelligence Corps. For the last year and a half, she has been the IDF Central Command’s intelligence officer.

Herzog congratulated her on her appointment, saying, “Glass ceilings are being smashed every day in Israel, and I’m proud that during my time in the President’s Residence, another one is being broken by a worthy and promising officer.”

N.’s appointment comes after the IDF has promoted a number of other women to key roles, including two who have achieved the rank of major-general: Orly Markman, who was recently made president of the IDF Military Court of Appeals and who will receive her new insignia in a ceremony next Monday; and Yifat Tomer-Yerushalmi, Military Advocate General.

Prior to Markman and Tomer-Yerushalmi’s promotions, only one other woman had made it to major-general: Member of Knesset Orna Barbivai.

Also on Monday, two women were promoted to brigadier-general. The first was Noa Zomer, who will serve as deputy president of the Military Court of Appeals. Zomer, who holds a B.A. and an M.A. in law from Bar-Ilan University, joined the IDF Military Prosecutor’s Office after completing a special deferred service track for future officers and has served in several roles during her time in the army.

Despite moves in recent years to promote more women to the military’s highest ranks, the top jobs are still staffed by men only. This is due in part to the fact that while 86 percent of IDF jobs are open to women, the toughest combat roles are still male-only.

After a number of women cadets petitioned the High Court of Justice to be allowed to serve in all combat positions, the IDF set up a special committee under Ground Forces commander Maj. Gen. Yoav Strick to evaluate the state of women’s service in the IDF. The committee has yet to publish its conclusions.