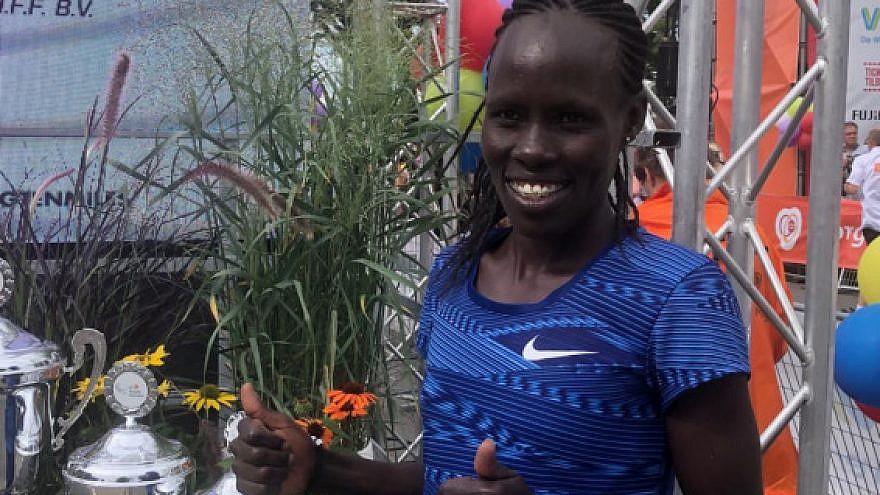 She came only seven seconds behind the winner with a time of two hours, 23 minutes and 30 seconds.

Salpeter, 33, was in the lead for the last few miles, but was overtaken by Kenya’s Sharon Lokedi, for whom it was a debut race. Salpeter is also originally from Kenya.

Reigning world champion Gotytom Gebreslase of Ethiopia came in nine seconds behind Salpter with a time of 2:23:39.

Roughly 50,000 runners from 91 countries competed in the marathon. This year’s event was the first since the outbreak of the Covid-19 pandemic in 2021 held without restrictions, with spectators allowed to watch the competition close to the course.

Salpeter has won several marathons in her career, including the Tokyo Marathon in 2020, the Florence Marathon in 2018 and the Prague Marathon in 2019. In August, Salpeter won bronze in the 10,000 meters at the European Championship.

It was a redemption for Salpeter, who was among the leaders in the Tokyo Olympics Marathon in 2021 with only three miles to go when she had to pull back when she was seized with cramps. She finished in 66th place in that race.