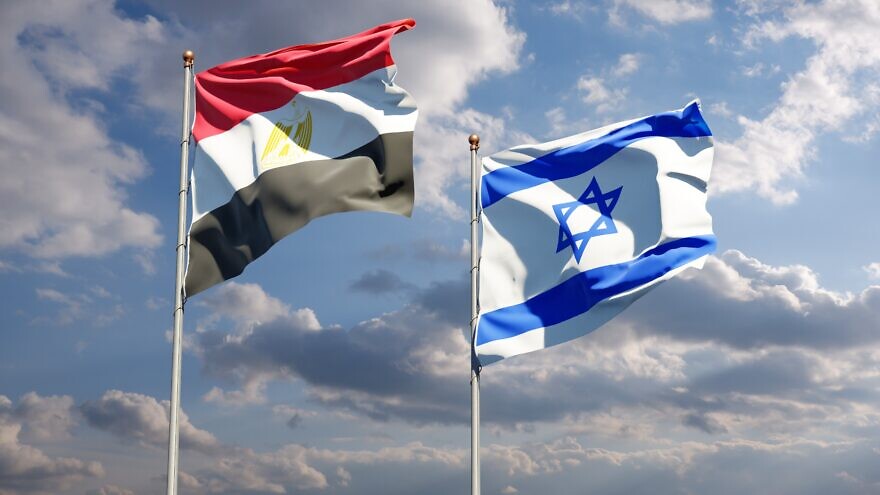 (June 8, 2022 / JNS) Israel and Egypt have agreed on a new plan to advance ties and now appear to be engaged in the process of migrating from a cold peace to lukewarm. Serious discussions are currently underway between Israel, Egypt and the European Commission over how to export Eastern Mediterranean gas to Europe. At the same time, Israel and Egypt are also working to improve economic ties, with plans to increase bilateral annual trade to $700 million within three years. In addition, efforts are being made to expand the Nitzana Border Crossing where commercial trade between the two countries is handled.

According to Eran Lerman, vice president of the Jerusalem Institute for Strategy and Security, Israel is indeed heading towards better relations with Egypt.

Lerman pointed to Egyptian President Abdel Fattah el-Sisi’s gesture when he went out of his way to personally greet Israeli Energy Minister Karine Elharrar at a conference in Cairo in February.

Two other solid reasons that Israel seems to be on the path to a warmer peace with Egypt, according to Lerman, is that Israel is working to export gas via Egypt in the midst of the Ukraine energy crunch, and Israel continues to assist Egypt in fighting ISIS.

In addition to these signals, for the first time in 40 years and as a further sign of warming relations between the countries, the Jewish-Arab Firqat Alnoor orchestra traveled in early May to Egypt to perform on Israel’s Independence Day.

It is clear though that the trajectory of warming relations between Israel and Egypt is occurring mostly in the economic realm. Egypt’s economy has been affected by repercussions of the Russia-Ukraine war, poverty stands at about 30 percent, and according to the Heritage Foundation, the country remains dependent on aid from Saudi Arabia and international financial institutions.

While Egypt was the first Arab country to sign a peace deal with the Jewish state back in 1979, it was little more than a cold peace. But the Abraham Accords signed in 2020 with the United Arab Emirates, Bahrain, Sudan and Morocco, coupled with talks taking place today between Israel and Saudi Arabia, have awakened Egypt’s leaders to the possibility that they are being left behind in a dynamic and progressing Middle East. 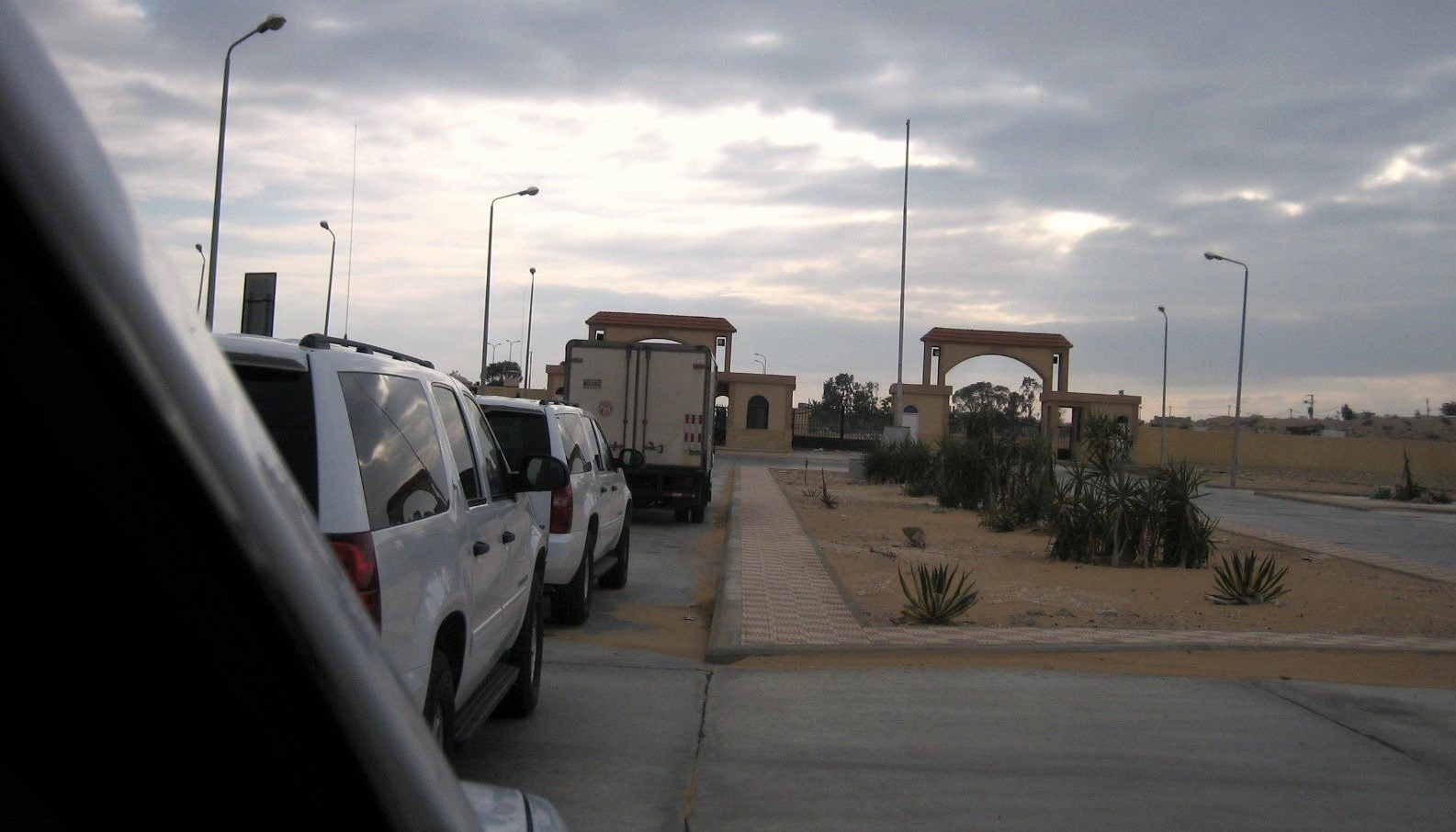 From the Egyptian side waiting to cross into Israel via the Nitzana Border Crossing, Feb. 19, 2012. Credit: Prince Roy via Wikimedia Commons.

‘Complementary benefits for both economies’

Ofir Winter, a research fellow at the Institute for National Security Studies at Tel Aviv University, told JNS “the Israeli government plan to advance economic relations with Egypt, which was approved on May 29, could become an important milestone.”

Winter explained that there has been momentum over the last two years in a variety of areas.

The plan is reflected, among other developments, in the current negotiations on an agreement with the European Union to export Israeli gas to Europe via Egypt; recent discussions on the expansion of the Qualifying Industrial Zone; the opening of direct flights between Tel Aviv and Sharm el-Sheikh in April; and reciprocal visits by ministers and delegations of businessmen from both countries.

Winter said he believes that the rationale behind the plan “is to diversify relations between the countries by integrating relevant government ministries, which did not play a significant role in the past (economy and transportation, for example).”

“There is also a new focus on bilateral relations and on the potential of complementary benefits for both economies,” he explained. “Egypt could export to Israel raw materials for industry and construction, vegetables and food products, while Israel could export to Egypt needed technologies in the fields of water security, irrigation, desert agriculture, renewable energies and more.”

According to Winter, “evolving international and regional circumstances” as well as Egypt’s “prioritization of economic considerations” have led to the economic rapprochement between both countries.

“The trust between political and security levels also helps to identify new possible areas of cooperation,” he added.

A major aspect of the ability of Arab nations to seek closer ties with Israel depends largely on public sentiment, though not always. In Egypt’s case, Winter pointed out that according to opinion polls, the Egyptian public is not very supportive of normalization with Israel. “At the same time,” he noted, “there is no significant protest against it.”

According to Winter, although much is changing on the ground between Israel and Egypt, the full potential of economic relations between the two countries “is far from being exhausted.” He suggested that this potential would require “greater freedom for private initiatives, the removal of bureaucratic barriers and the facilitation of movement between both countries.”

Naturally, tourism between the two countries would be among the most obvious first elements to change. While many Israelis visit Sinai and some visit other areas in Egypt, there is potential for a vastly greater number of tourists visiting Cairo or the Valley of the Kings for example. And of course, with Egypt’s population of more than 100 million, the potential for Egyptian tourism to Israel is huge.

For this to happen, Egypt’s leaders will need to demonstrate the benefits of moving closer to Israel and begin changing public discourse about the Jewish state.

Winter said Egypt must allow for greater “visibility” of its support for expanded ties with Israel in order to “give more legitimacy to new Egyptian businessmen to explore opportunities with their Israeli counterparts and enhance the appreciation for the fruits of peace within the Egyptian public opinion.”