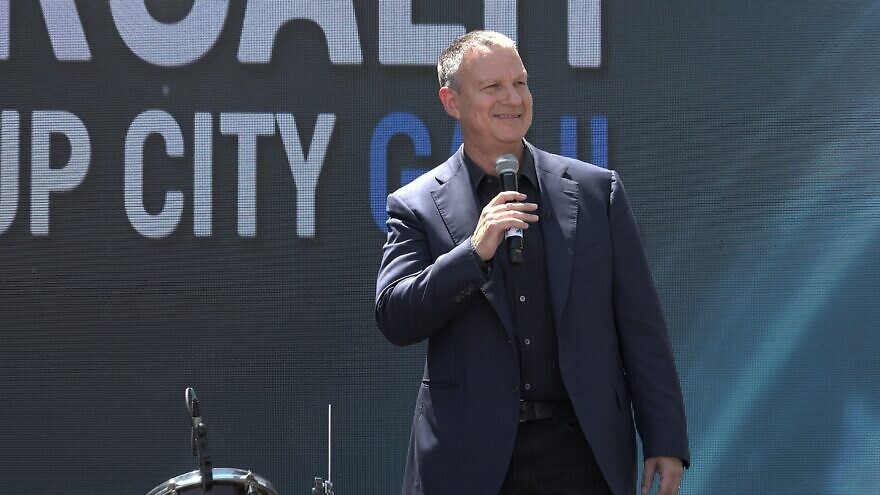 (October 12, 2021 / JNS) Israel’s Upper Galilee region is positioning itself to become a global leader in foodtech. Several food-tech and agritech accelerators and companies have established themselves in Israel’s northern “periphery,” where the Israeli government provides incentives for individuals and businesses to establish themselves there.

The region boasts open and fertile land that brings forth some of Israel’s top produce, as well as an ecosystem of budding infrastructure—public bodies and corporations, leading academic institutions, local and international philanthropic foundations, as well as startups and technology companies.

Recently, Israeli high-tech entrepreneur and investor Erel Margalit launched an international food-tech center in the Galilee that can serve as a magnet for other businesses, thereby bringing new talent and prosperity to the region.

“We are witnessing the next revolution in Israel. Food-tech is the next cyber, and I believe Israel is on its way to becoming a superpower in the field,” said Margalit, founder and executive chairman of Jerusalem Venture Partners and Margalit Startup City Galil. “We are creating an economic growth engine that will change the lives of young people and families, with 30,000 high-paying technology jobs like in the center of the country, and another 70,000 ancillary positions.”

Russell Robinson, CEO of the Jewish National Fund-USA (JNF USA)—a partner in these initiatives and which is helping develop land throughout Israel from the north to the south—said “from this day forward, Kiryat Shmona should never be called a development town. No, Kiryat Shmona and the greater area of the Upper Eastern Galilee are part of the culinary and food-industry capital of Israel … this is no longer a dream, this is the reality.”

Startup City will work to address some of the world’s most urgent problems, including food security and the battle against climate change, through food-tech innovation and Israel’s well-established know-how in agricultural innovation and water technology. 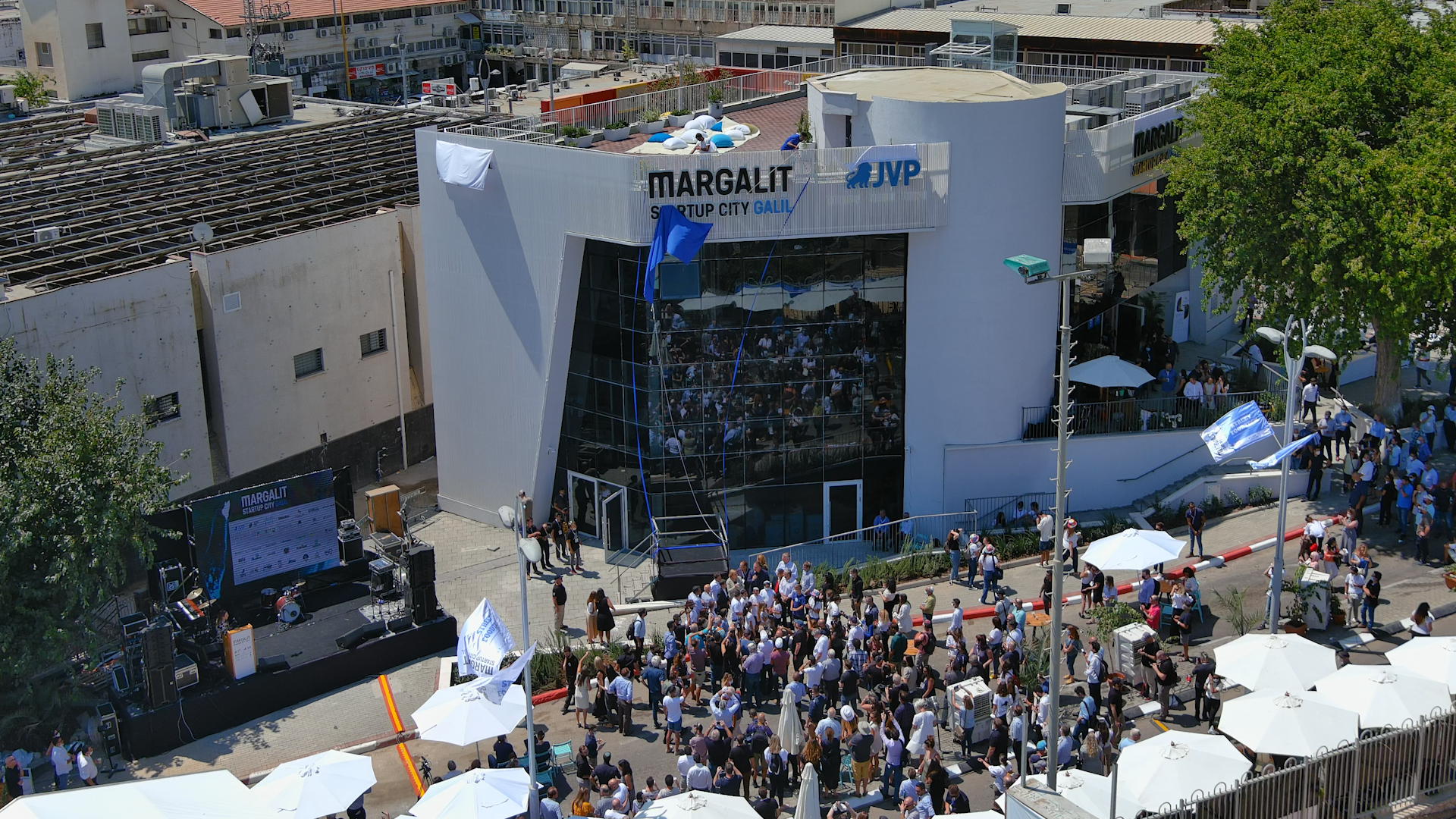 According to Nisan Zeevi, CEO of Margalit Startup City Galil, considering projected global population growth, food production will need to increase by 70 percent, requiring agriculture to find a way to grow more with less, startup companies to create groundbreaking solutions and food corporations to change or die. Meat production, in particular, Zeevi told JNS, is depleting the planet, and coupled with the dairy and egg industry, is responsible for more than 18 percent of greenhouse gas emissions.

Fourteen Israeli companies have already joined the Startup City accelerator, including several that work towards innovating the global meat industry, which Margalit posed as a “danger to the environment we live in.” For example, PlanTeam produces a versatile soybean-based protein that has a similar texture, mouthfeel and taste (with the help of some seasoning) as meat without additives and preservatives. 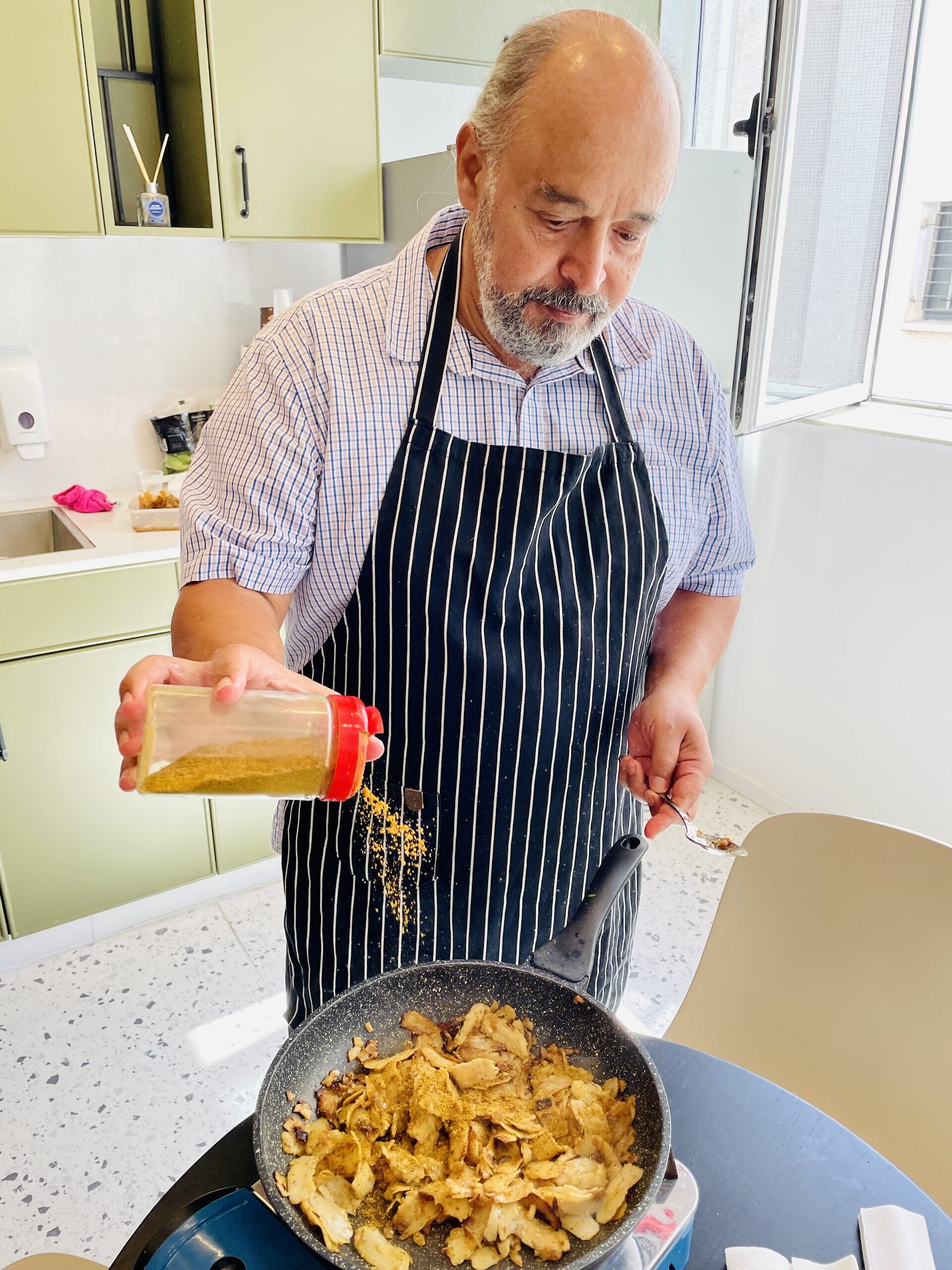 Moshe Meidan developed fibrous chunks made of plant-based protein to deliver a mouthfeel and taste experience similar to meat. Photo by Eliana Rudee.

Another startup, Blue Huna, produces alternatives to disposable plastic, including biodegradable and reusable straws from wheat stalks and cane.

According to Zeevi, these startups will result in more jobs and higher salaries in the Upper Galilee. The current reality, he told JNS, is that for every hour drive a worker lives from Israel’s center, the average monthly salary plummets about 2,000 NIS ($620). Kiryat Shmona, about a three-hour drive from Israel’s center, has an average salary of 8,100 NIS ($2,500), whereas Tel Aviv residents enjoy a salary of 13,200 ($4,050).

Another local culinary initiative with an international approach, the new Galilee Culinary Institute (GCI), aims to reinvent culinary education with integrated, immersive systems and community-based educational experiences that leverage technology and hybrid learning. In collaboration with JNF-USA, the campus is preparing to open for its inaugural class in the fall of 2022 or early 2023. The 12-month accelerated program boasts impressive infrastructure, including multiple kitchens and a multimedia lab for content creation and food operations where students will apply the conceptual lenses of activism, storytelling and entrepreneurship to their experiential learning and technical training.

GCI will become the first international culinary school in Israel and afford students the opportunity to explore the region’s rich diversity. The region is home to more than 80 cultures, it noted, as did Robinson—an ecosystem of industries, academia, entrepreneurship, startups and community—all while supporting local businesses and regional growth.

Through a certificate program and courses, CEO of GCI Nathan Hoffman shared his hope that the culinary school will “re-envision the north as the food capital of Israel and help students develop a personal and professional path—one that might empower students to be able to graduate and work in Michelin star restaurants.”