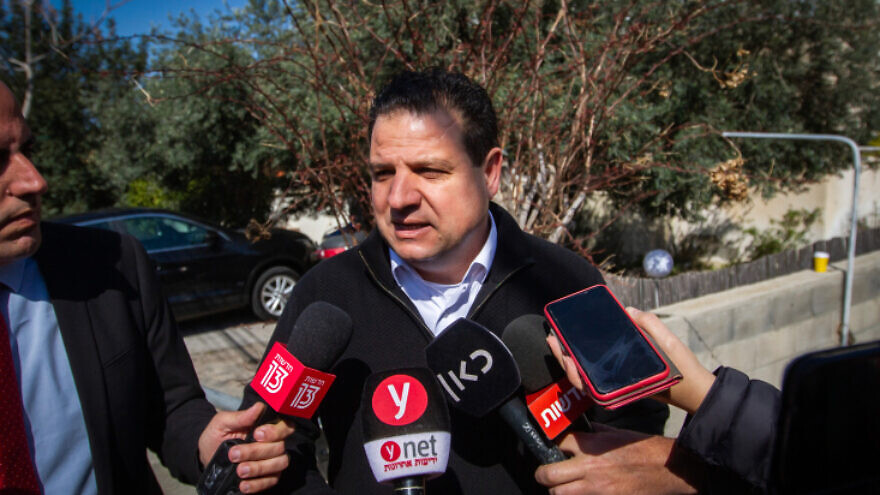 (March 15, 2020 / JNS) All 15 lawmakers of the Joint List alliance of Arab and Arab-majority parties on Sunday recommended Blue and White Party leader Benny Gantz to Israeli President Reuven Rivlin as Israel’s next prime minister, marking the first time that an Arab party has endorsed anyone for prime minister since Yitzhak Rabin in 1992.

The endorsement is contingent on Gantz forming a center-left government, not a unity government with Israeli Prime Minister Benjamin Netanyahu, according to Joint List leader Ayman Odeh. The Joint List will be “the biggest opponents” of a unity deal, said Odeh.

The move could pave the way for a center-left government, if the left-wing Labor-Meretz alliance and the staunchly secular, right-wing Yisrael Beiteinu party both back Gantz.

Following general elections, Israel’s president has the responsibility of charging one of the 120 Knesset members elected with forming and leading a coalition with the support of a majority of at least 61 MKs.

To be tasked with forming a government, Gantz would need his own Blue and White Party, which won 33 seats in the March 2 election,  Yisrael Beiteinu’s seven seats and Labor-Meretz’s six seats (without Gesher leader Orly Levy-Abekasis, who has said she will refuse to back a Gantz government supported by the Arab parties), together with with the support of the Joint List’s 15 seats from outside of the coalition.

If all those parties recommend him to form the next government, even without joining it, Gantz would have the backing of 61 MKs compared to 58 for Netanyahu from Likud (36), the ultra-Orthodox Shas (nine) and United Torah Judaism (seven) parties, and the right-wing Yamina (six).