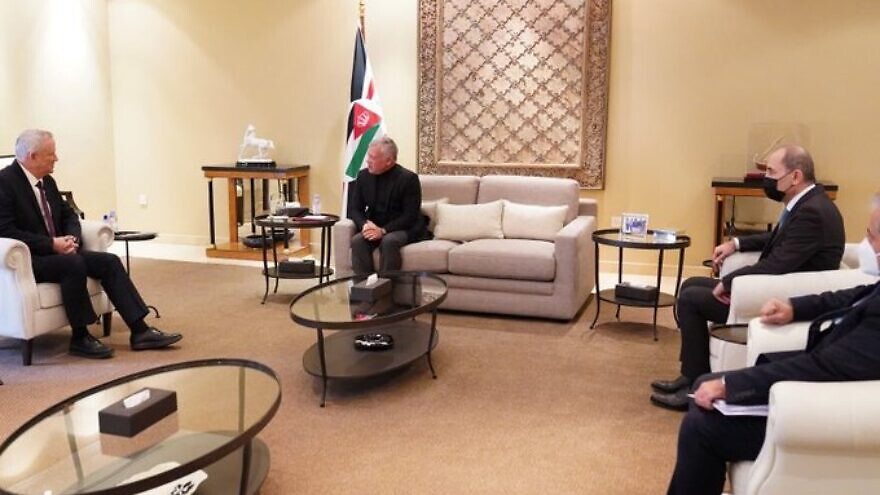 According to the report, the proposal was made during a March 30 visit by Israeli President Isaac Herzog to Amman, where he met Abdullah.

During the visit, “The king of Jordan raised a precedent-setting offer for regional cooperation on the issue of food security,” said the report, adding that the food insecurity and potential disruptions to the food supply chain are a particular worry to Abdullah “during these days.”

The proposal called for the setting up of a joint reserves site that each country could draw from should it find itself in distress. The proposal could be expanded to include Egypt and the Palestinian Authority, according to the report.

“The background to the initiative is the negative repercussions of the Russian war in Ukraine, which has harmed food and wheat supplies for many countries, including more than a few Arab states that are largely reliant on imports from Russia and Ukraine,” said the report.

On Wednesday, U.S. President Joe Biden tweeted that “Putin’s invasion of Ukraine has driven up gas prices and food prices all over the world.”

According to a report by the Associated Press that appeared on March 27, Ukraine and Russia “account for a third of global wheat and barley exports, which countries in the Middle East rely on to feed millions of people who subsist on subsidized bread and bargain noodles. They are also top exporters of other grains and the sunflower seed oil that is used for cooking.”