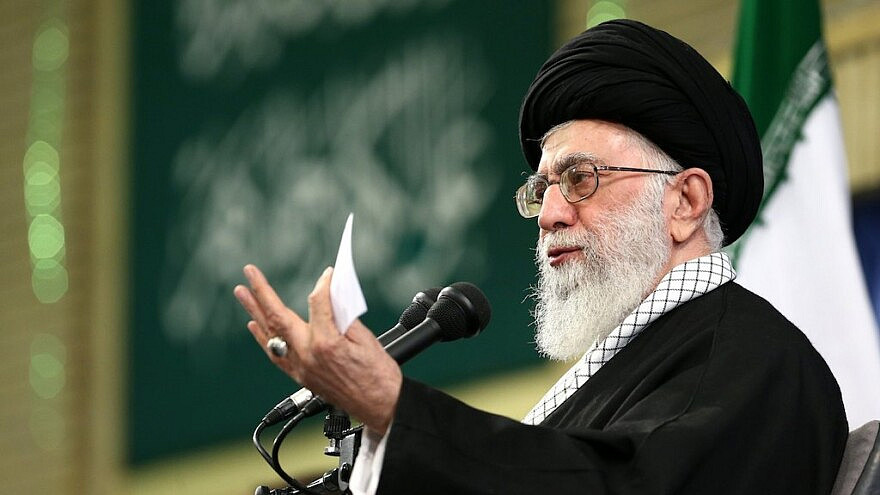 “War is a harsh and difficult event, and Iran is not at all pleased that ordinary people suffer from it,” the Iranian leader was quoted as saying in reference to the invasion. He added, however, that had Putin not “taken the initiative, the other side, with its own initiative, would have created a war anyway.”

Khamenei said Tehran and Moscow must enhance long-term cooperation while remaining vigilant against what he described as “Western deception,” according to Reuters.

The Iranian leader also reportedly called on countries to gradually reduce their dependence on the U.S. dollar for trade.

Khamenei and Putin also discussed the ongoing conflict in Syria, where Russia remains the dominant military power and where the Israel Defense Forces has conducted hundreds of strikes with a view to preventing Iran from establishing a permanent military presence there.

The rebuke was made in the context of apparent tensions between Israel and Russia over Jerusalem’s support for Kiev.