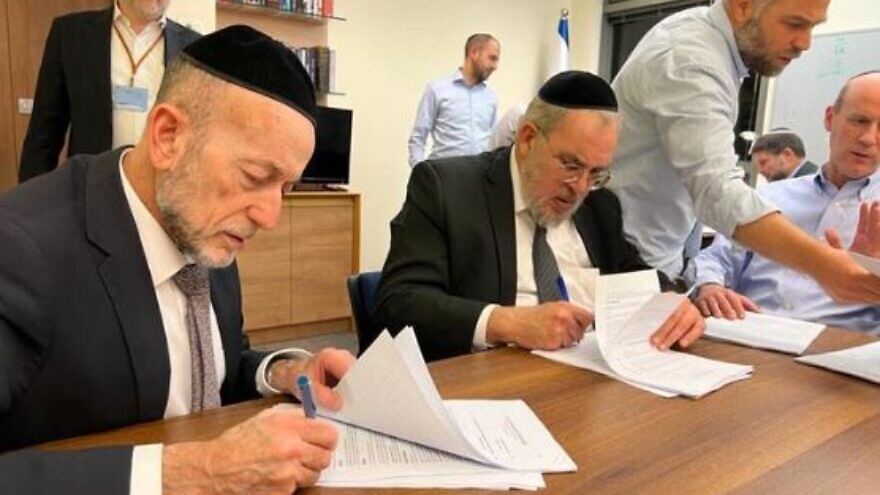 (December 28, 2022 / JNS) The Likud Party signed its final coalition agreement with United Torah Judaism (UTJ) on Wednesday, as well as with the Religious Zionism and Noam parties.

The agreement with UTJ resolves a dispute that developed last week between the two factions that make up the party—Degel Hatorah and Agudat Israel—when the latter signed a coalition agreement apparently without first obtaining the former’s agreement.

In a Dec. 21 letter, Degel Hatorah Chairman Moshe Gafni expressed his displeasure to Prime Minister-designate Benjamin Netanyahu, noting that Degel Hatorah had refused a Likud request to sign an agreement without Agudat Israel.

“We were therefore surprised to hear that yesterday a coalition agreement was signed by Agudat Israel, and all this despite the fact that fundamental issues between us had not yet been discussed and we had not reached agreement on them,” the letter stated.

Gafni also said he wanted to revisit matters regarding the conscription of Yeshiva students and housing for the ultra-Orthodox public.

Goldknopf will serve as Construction and Housing Minister in the incoming government, while Gafni will become chairman of the Finance Committee.