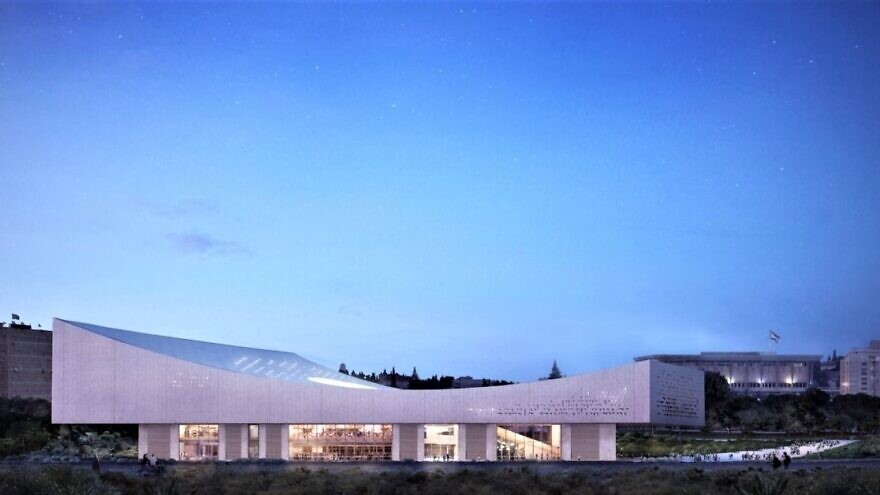 (December 20, 2022 / JNS) The National Library of Israel (NLI) announced on Tuesday that it received a 22-volume genealogical history of Ireland’s Jewish community. According to NLI, this set of records benefits anyone with Irish-Jewish ancestry who is seeking to learn about their family lineage.

“The history of the Jews in Ireland goes back to the expulsion from Spain and Portugal, when a permanent settlement of Sephardic was established in the late 15th century,” NLI said in a statement. “There was an increase in Jewish immigration to Ireland during the late 19th and early 20th centuries from Eastern Europe. The community has always been small – with a high point of 5,500 persons in 1891—but is well established.”

NLI owns one of the largest and most comprehensive collections of Judaica in the world. The volumes were gifted to the library by their author and compiler, Stuart Rosenblatt, president of the Irish Jewish Genealogical Society.

“My own quest began when my parents passed away 30 years ago – within eight months of each other,” Rosenblatt told JNS. “My sister then made a startling revelation: our paternal grandmother who we had loved so much was not our ‘real grandma.’ It turned out that our biological grandmother, Marjan Klajn, had died in Poland, so my grandfather got remarried to the woman who I knew as my grandmother.”

At that point, Rosenblatt began researching his own roots. While recording his own family tree, Rosenblatt uncovered information on the entire Irish-Jewish community. The records span over 70,000 individual names, with many lineages going back 300 years. The oldest stretch as far back as 1555 (when most Irish Jews were of Spanish-Sephardic heritage).

Today, most Irish-Jewish ancestry hails from Eastern European Ashkenazi Jews from Lithuania and neighboring nations who arrived in the 1870s.

“Births, marriages, deaths, census, alien registration, synagogue memberships, home and business addresses, grave details and inscriptions are just a sample of the 22 volumes for families to discover their rich Irish heritage,” said Rosenblatt. “It is an honor for me to have my personal volumes in the National Library of Israel in Jerusalem.”

Click here to read the JNS interview with Stuart Rosenblatt.