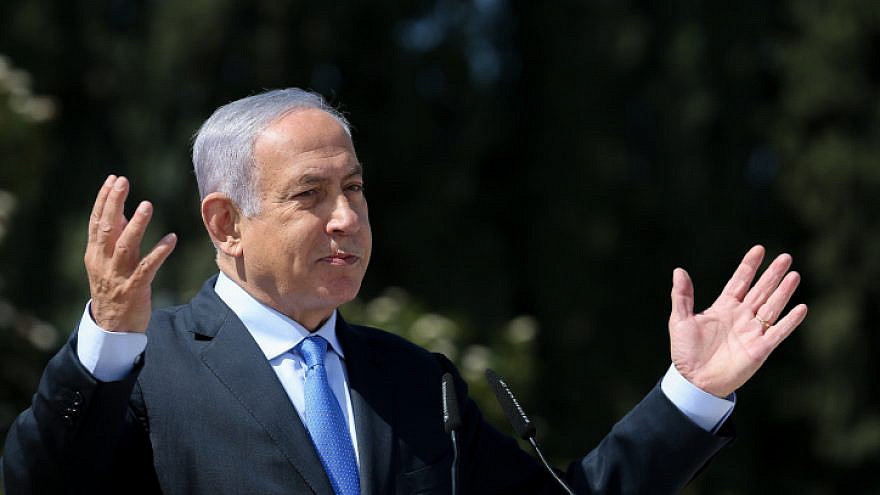 Iran “is Israel’s greatest enemy, and we are striking it everywhere in the region,” he added.

The alleged Israeli airstrikes took place two days after the explosion that wracked both sides of the MV Helios Ray, a Bahamian-flagged vehicle cargo ship operated by the Tel Aviv-based firm Ray Shipping Ltd. The vessel was targeted above the waterline and in a way that led Israeli defense officials to speculate that the intention had been to avoid casualties, according to Israeli media reports. No crew members were injured in the incident.

Israeli investigators left on Saturday for Dubai, where the ship is currently docked for repairs. There they will participate in the probe of the blasts, the Israeli media reported on Sunday.

At a weekly news conference on Monday, an Iranian Foreign Ministry spokesman denied Netanyahu’s allegations that the Islamic Republic was behind the attack on the MV Helios Ray, the Tasnim News Agency reported.

According to the report, Said Khatizabad said that Iran was monitoring the activities in the Persian Gulf for its own security and countered, “The regime that has occupied Al-Quds [Jerusalem] is the root cause of all insecurities and instabilities” in the region.

Tasnim also claimed that “Khatizabad said the Israeli prime minister suffers from a phobic disorder in regard to Iran and wrongly believes that pinning the blame on others would help him settle Israel’s internal problems.”