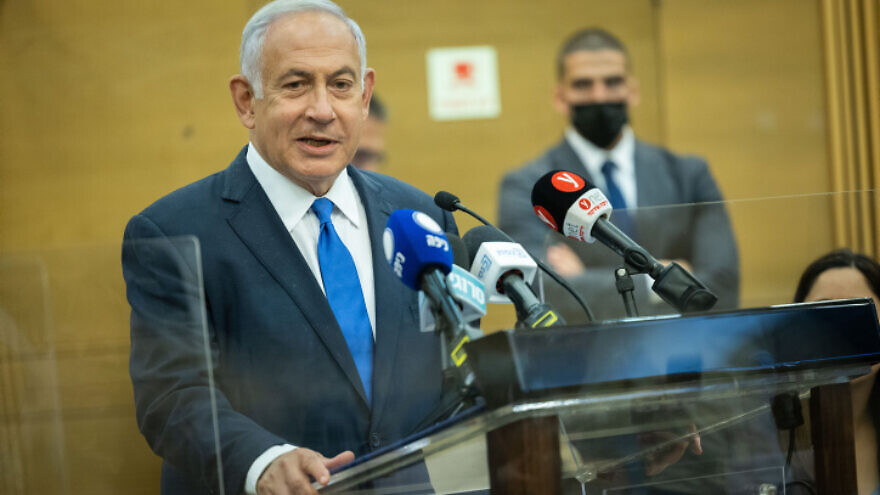 The state’s witness in the trial, former Communications Ministry Director-General Shlomo Filber, was cross-examined by Netanyahu’s attorneys throughout the week.

Prosecutors have charged that Netanyahu entered into a bribery scheme with businessman and former owner of the telecoms giant Bezeq, Shaul Elovitch.

According to the charges, Netanyahu allegedly sent instructions to Filber to promote Elovitch’s business and financial interests, and Elovitch, in return, allegedly promoted positive media coverage of Netanyahu at Walla News, which was owned by Bezeq at that time.

Netanyahu denies all the charges.

During the cross-examination, his attorneys were able to prove that a meeting between Filber and Netanyahu—the meeting during which, the prosecution claimed, Filber was instructed by Netanyahu to assist Elovitch—had never taken place.

Judges then instructed state prosecutors to amend the charges to reflect the fact that no such meeting occurred, Ma’ariv reported.

“Case 4000 is dead. The court proved today that no instruction was given to Filber to help Elovitch, or to promote the merger of Bezeq and Yes [a merger that prosecutors claimed was promoted by Netanyahu and Filber to assist Elovitch],” Netanyahu stated on May 17, according to the report.

The former premier has been indicted in three separate cases (cases 1000, 2000 and 4000) on charges including breach of trust, accepting bribes and fraud. Case 4000 is considered to be the most serious of the three.

The report noted that this was the third time the prosecution had had to amend the charge sheet against Netanyahu.