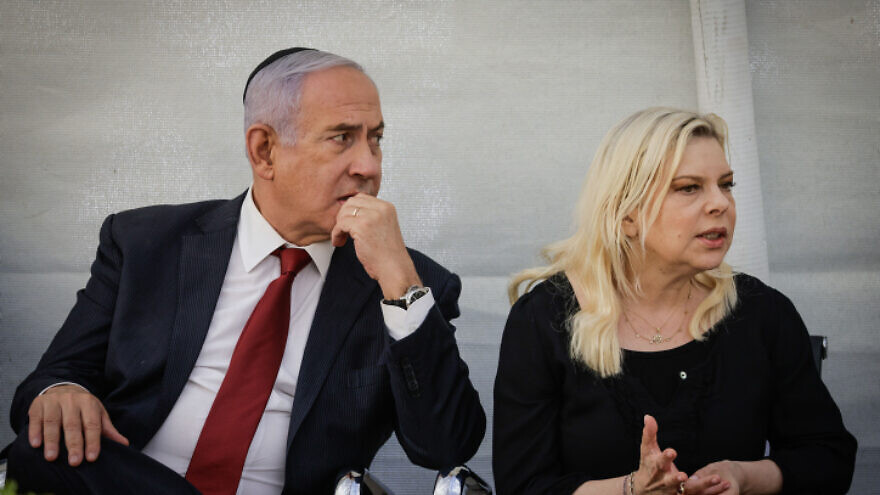 (December 12, 2021 / JNS) The security details of former Israeli Prime Minister Benjamin Netanyahu’s wife and sons will not be extended and will end on Monday, Israeli media reported.

The ministerial committee for Israel Security Agency Affairs had previously decided to shorten the term of the family’s security details from a year to six months. Netanyahu called for a review of the decision, citing specific threats made against his family, as well as certain enemy states’ “blood feud” against him. That request was officially denied on Sunday, according to Channel 12.

The Netanyahu family was outraged by the decision, calling it “political, scandalous and irresponsible.”

“Hatred of Netanyahu is driving people out of their minds, to the point where they’re willing to risk the lives of his wife and children,” said a source close to the former premier, according to Ynet.

“It’s inconceivable. The writing is on the wall,” the source added.

On Friday, Netanyahu, now head of the opposition, released a video statement in which he elaborated on some of the threats that have been made against his family, including ones specifically mentioning the date on which his family will be losing their security protection.

“Who will take responsibility if, God forbid, something should happen to them?” asked Netanyahu.

Regarding the committee’s decision, Public Security Minister Omer Bar-Lev said: “When the Shin Bet, the Israel Police and the Mossad say that there is no threat to the Netanyahu family, the decision is easy.”