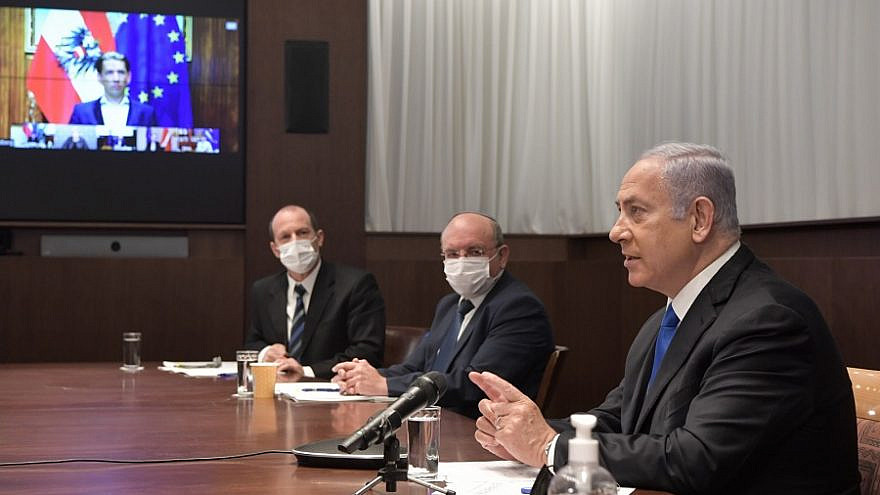 “We all have research and scientific capabilities,” Netanyahu said in a video conference with six of his counterparts. “We all have technological capabilities. We have to develop this capacity. We cannot be at the mercy of market forces.”

“I think that in order to get to a reasonable economic and scientific scale, we should seriously look at pooling together our efforts. We must join forces and seriously begin to talk about both scientific research and production and supply, first to our respective countries and then to everyone else. Let’s already plan for the years ahead,” said Netanyahu.

The Israeli premier told the leaders that he had already given instructions to draw up a plan for an Israeli research institute that would be an arm of the government.

During the conference, the world leaders commended Israel’s vaccination operation. Speaking to Israel’s success, Netanyahu stressed the importance of the heads of state and their top medical personnel setting an example for the public.

“If you haven’t vaccinated yourself, do so,” he urged. “It’s important that people see that you are confident in the vaccine, along with the doctors, along with the most respected medical authorities, scientific authorities. Get them upfront vaccinated—your health ministers. Second thing, on logistics. The principle that I’ve espoused is: as many vaccines as fast as possible to as many people. Even though we have two doses with Pfizer, we’re moving to finish the first dose, but already stretching into the second phase.”

This was the sixth time that Netanyahu took part in the forum. In May, the leaders met to discuss how to resume safe flights between the countries.