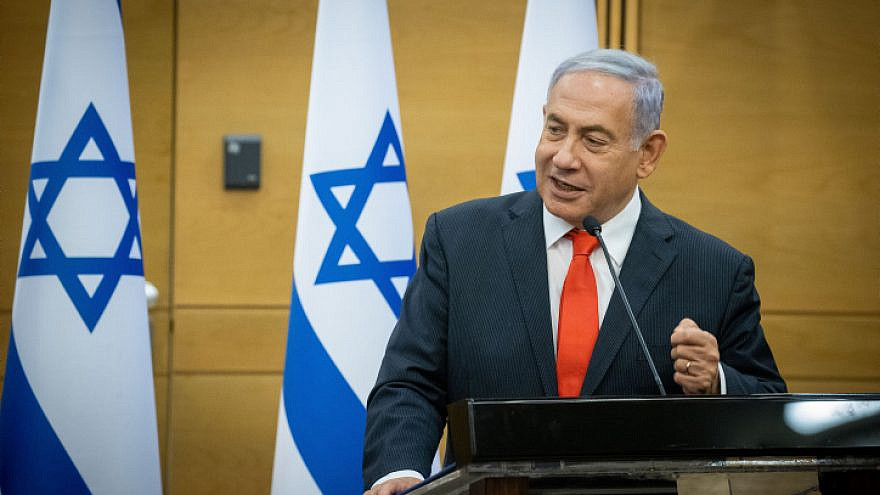 “We have a very strong opposition—53 MKs, united and steadfast to bring down this dangerous left-wing government, the fraudulent government,” Netanyahu told opposition parties Shas, United Torah Judaism and Religious Zionism during a Knesset meeting, according to a press statement.

The new government was unstable and would collapse quickly, he said, adding, “The only thing that connects them is hatred, exclusion, and dominance. You can’t hold a government up with that.”

Israel’s 36th government was sworn in on Sunday by a vote of 60-59, with one abstention. Yamina Party leader Naftali Bennett became Israel’s new prime minister, replacing Netanyahu, who held the position for the past 12 years and who served another three years prior to that, from 1996 to 1999, making him the longest-serving premier in Israel’s history.

With the transfer of power, Netanyahu became the head of the opposition, replacing Yesh Atid chairman Yair Lapid, who, according to a rotation agreement with Bennett, will serve as foreign minister for two years and then assume the role of prime minister.

“They have so many contrasts, and with that kind of hatred, you can’t hold a government together for long. Those who transferred six Knesset seats in an act of deceit from the right to the left [a reference to Prime Minister Naftali Bennett] can maybe mislead and establish a temporary government, but no more. We will face them in strong and united opposition, and we will topple this government at the first opportunity,” said Netanyahu on Monday.

The former prime minister noted that he had led the opposition twice before, in 1995 and again in 2005.

“We worked hard, together, and in both instances, we brought great victories. It will happen this time, too, only much faster,” he said.

Netanyahu stressed the importance of the opposition parties maintaining a united front given the precarious nature of the new coalition.

“They have the leeway of a pin, and therefore I ask for steadfast discipline … and I intend to set a personal example,” he said.

“We know and I feel in my fingertips where their weaknesses are. Some of you have already spoken to me about it. We can topple them, and it is possible if we act together in a unified manner and with steadfast discipline,” he added.

“If we focus all our efforts, we can bring them down, and we have good reason to topple them because it’s for the good of the state,” he said.

Netanyahu concluded his remarks by calling the Bennett government “fraudulent, a motley and erratic government that cannot do anything for our security, for a healthy economy,” adding: “We will save the State of Israel and the people of Israel, God willing.”