news
Jewish, pro-Israel groups express outrage over death of George Floyd, concern about rioting
JNS
“Looting, defacing and damaging property only serve to diminish the cause of justice, and do nothing to address the root causes of racism that should concern all of us,” said Simon Wiesenthal Center executive director Rabbi Meyer May.
briefLA city councilmember condemns targeting of Jewish institutions during protests
Ariel Sobel Jewish Journal
“Under the guise of protest, some advanced their anti-Semitic agenda,” said Los Angeles City Councilmember Paul Koretz.
briefJewish pharmacist gets store opened after looting by Floyd protesters
Kylie Ora Lobell Jewish Journal
“I’ve been broken into before, but to watch people viciously destroy your store for no reason is a whole different ballgame,” says L.A. pharmacy owner Jonathan Friedman.

brief
Despite US opposition, Iran will continue fuel shipments to Venezuela, if needed
JNS
Washington is monitoring the situation and has warned outsiders that they could face repercussions if they take part in transactions.
briefIranian official: Coronavirus is the handiwork of America
MEMRI
Iran’s Ammar Strategic Advisory Base head Mehdi Taeb: “Qom was targeted because it is the center of the opposition to the United States.”

news
America wants Israel to decouple from China over security concerns
Israel KasnettJNS
Many U.S. officials think that China’s overseas investments are part of a deliberate strategy to increase its diplomatic influence, and ultimately, its military reach.
briefIsrael’s IDE Technology beats out China-based firm’s desalinization plant tender
During his recent visit, U.S. Secretary of State Mike Pompeo reiterated Washington’s concerns about the Hong Kong-based CK Hutchison Holdings’ bid to construct the “Sorek B” plant.
feature
‘Your people will be my people’: A Shavuot shout-out to Ruth’s ‘daughters’
Deborah FineblumJNS

feature‘Turn It and Turn It, for Everything Is in It’: A Torah commentary for the times
Carin M. Smilk
A rabbi on the global coronavirus pandemic, the holiday of Shavuot, the sacred cycle of the Jewish calendar and a core (at least one) truth. 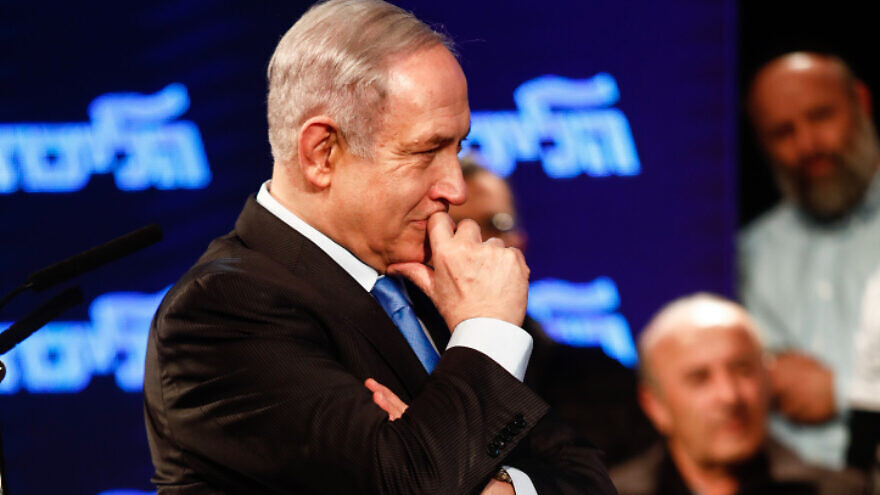 The Justice Ministry said the trial will begin on March 17 at 3 p.m. The prime minister will be required to attend the Jerusalem District Court for the first session to hear the indictments against him.

Netanyahu has denied any wrongdoing in the charges against him.

Despite the looming trial, an Israeli Channel 12 report said Mandelblit will likely inform Israel’s High Court of Justice that Netanyahu will be able to form a government while standing trial. Israel’s national elections are scheduled for March 2.

Blue and White Party leader Benny Gantz called the trial a “sad” development that would distract Netanyahu from performing his duties.

“Netanyahu will be preoccupied with himself alone. He will not be in a position to look out for the interests of Israel’s citizens,” he said.

At a campaign rally, Netanyahu shot back, saying: “You know what will be a sad day? If a Benny Gantz government dependent on [the Joint Arab List’s] Ahmad Tibi is formed. … We won’t let that happen.”