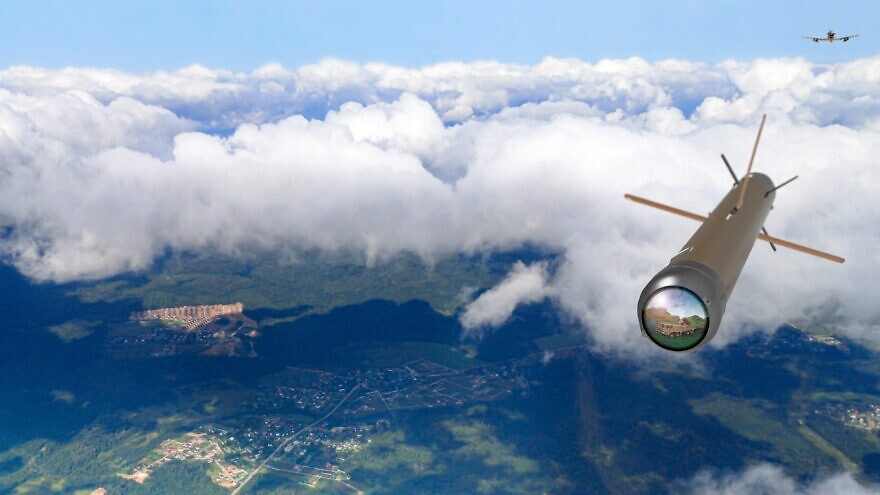 The Aerospike missile was unveiled at the Special Operations Forces Industry Conference being held in Tampa, Fla.

The missile has already been sold to one or more clients, whose identity is unknown, and it is in operational use.

According to Rafael, it’s designed to meet the complex needs of modern warfare. The company touted the missile’s lightweight design, lengthy range of 30 kilometers (18.5 miles), high precision and ability to operate in a GPS-denied environment.

The missile employs electro-optical (camera and image-processing) guidance systems combined with infrared and ultraviolet-visible sensors. All of these sensors are “passive,” meaning that they do not emit waves on the electromagnetic spectrum, making them very difficult for enemies to detect in time.

It also incorporates technology from Rafael’s well-known Spike Long-Range 2 precision-guidance missiles, including a technology known as “scene matching,” in which a processor onboard the missile compares the features of the terrain below with pre-programmed terrain features in order to understand its location and route.

In addition, the missile comes with a data link, allowing operators to stay in the loop. Its warhead includes anti-tank and blast-induced fragmentation features.

In a statement, Rafael said Aerospike’s precision, immunity and lethality provide a decisive and powerful solution for Close Air Support (CAS) missions—air action by fixed-wing and rotary-wing aircraft against hostile targets in close proximity to friendly forces—counter-terrorism missions and operating in full-intensity conflicts in which adversaries are equipped with advanced systems designed to deny air movements.

The range possessed by the missile means that it is well-suited to target air-defense systems, mobile surface-to-air missile launch sites, armored vehicles and enemy targets in urban areas.

‘Using many building blocks of the Spike family’

Rafael vice president Alon Shlomi, who heads the company’s Air-to-Surface Directorate, said that the missile is well-designed for light attack aircraft, known as “Armed Overwatch” squadrons. He added that Rafael believes it can boost the capability of the United States Air Force Special Operations Command, which is developing the squadrons.

The missile also forms an alternative to laser-directed precision-guided missiles.

Armed versions of the C-130 Hercules transport aircraft, which today use laser-guided missiles that require the plane to loiter around the target, are also a match for the missile, according to Papier

Using lasers to point missiles to targets “may be sufficient in counter-insurgency missions,” but when a plane takes on a mission to suppress enemy air defenses, longer ranges and passive guidance systems that do not emit radiation are in order, he argued.

“We are using many of the building blocks of the Spike family,” said Papier, referring to Rafael’s famous missile system and adding that the Spike production line is actively producing at least 1,000 missiles a year.

“Scene-matching is a capability Rafael is embedding in different weapons for many years. In Aerospike, we can use this capability as an aid for the operator to ease target detection,” he stated.

Flying at sub-sonic rapid speeds and equipped with advanced electro-optic (camera) and infrared guidance systems, Sea Breaker does not rely on satellite navigation, meaning that adversaries cannot disrupt its path to its target, said Rafael sources.

Rafael is also working with Israel’s Ministry of Defense and Elbit Systems to develop a high-powered, ground-based laser to intercept threats in the air

During trials announced in April this year, the laser shot down unmanned aerial vehicles, mortars, rockets and anti-tank missiles.