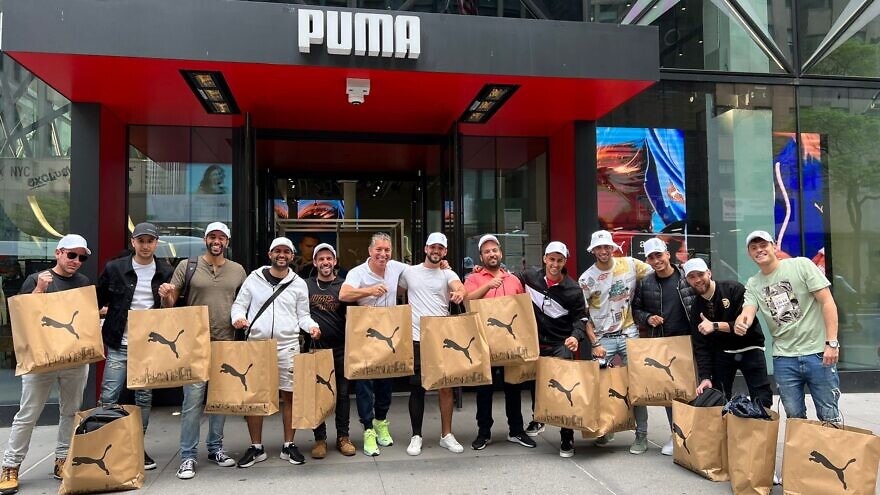 (June 7, 2022 / JNS) A nation that so highly values its citizens who made the ultimate sacrifice still struggles in dealing with those who made it through with battle scars, both visible and unseen. Hardened Israeli veterans find hope, and each other, each year in New York.

Lt. Col. Matan Eizenberg, 24, was a commander in the Israel Defense Forces’ famed Golani Brigade, operating in the Hebron area. One night, he gave his soldiers a briefing before going out into position. They practiced their positions and unloaded. As Eizenberg was heading to sleep, he said one of his soldiers asked to show him an exercise he had learned in Krav Maga. Eizenberg thought the weapon had been unloaded, but when the soldier started practicing, Eizenberg was hit by a bullet, fracturing his pelvis, tearing the major artery and central vein in the leg, and his bladder. Due to a significant amount of blood loss, his optic nerve also suffered damage. He spent two months in the hospital and another year in rehab.

“I couldn’t do anything alone. Friends can’t understand what’s going on with you they try to get you right, which adds to the loneliness. Then I found Belev Echad [“with one heart” in Hebrew]. I met some of my friends in the gym, and one of them told me about this organization and to call them. I was very skeptical at the start,” Eizenberg told JNS.

Its founders, Rabbi Uriel and Shevy Vigler, who run Chabad Israel Center of the Upper East Side, organized a tour for wounded soldiers in New York in 2010. It was supposed to be a one-time deal. But the reaction of the soldiers and the local community—and the subsequent casualties as a result of the 2014 summer war with Hamas in the Gaza Strip—led to an extension and expansion of the operation. The trip is funded mainly with private donations from American Jews and U.S.-based Israelis. 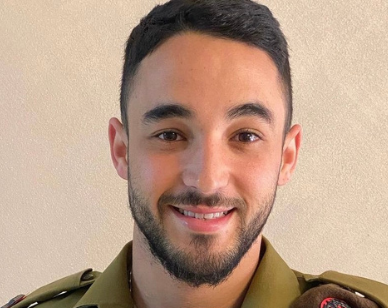 “Everyone has a cousin or a brother who died [in the Israeli military]. It’s not that Israelis don’t care about the wounded; it’s just that there’s nothing unique about it,” Vigler told JNS. “They come to New York and feel showered with love. They get called heroes.”

Another dozen wounded warriors were brought to New York in May, feted by the local Jewish community, and given the hero’s welcome and treatment they say doesn’t exist back home, due to cultural stigmatism and a war-weary populace. The soldiers say the experience is life-changing.

“It’s the first time, I could talk to someone who understands me, and it’s really a part of my return to normal. I’m in this organization for one year and, really, I got better. The people have helped me so much. The first time I met all of the people on this tour was the day before. I had no idea who they were. Within the first day or second day, we all became brothers, family,” he said.

“We all share the same story, maybe in a different way—some have PTSD [post-traumatic stress disorder]. It’s easier to talk about it, and Belev Echad gives us the opportunity to reveal ourselves because this is the only way,” continued Eizenberg, his voice cracking at times. “And finally, we see someone who shows love, who shows respect for what we did. Here, so many people want to hear you, want to talk with you. Everyone shows you love.”

On the docket for participants this year was a host of activities, including a Broadway performance by the Blue Man Group; a meeting with Israeli Ambassador to the United Nations Gilad Erdan at U.N. headquarters; a shopping excursion to Fifth Avenue; a stop at the Ground Zero Memorial in Lower Manhattan; a walk across the Brooklyn Bridge; a visit to the Ohel in Queens, N.Y., the resting place of the Lubavitcher Rebbe—Rabbi Menachem Mendel Schneerson; and a motorcycle ride across the city. The veterans’ group included a broad spectrum of professionals, including a software developer, construction foreman, real estate broker and illustrator. They all have one thing in common, besides thoroughly enjoying the motorcycle ride.

Omer Mor told JNS that “the main thing in this delegation was to see that people on the other side of the world have so much appreciation for us. In Israel, people don’t listen to us or think about asking. Here, every day, we met different people—important and powerful people—that we never thought would sit with us and talk with us and listen to us. They just gave us a huge hug, and I think each one of us needed it.”

Mor, a 26-year-old corporal, joined the army in 2014 as a combat soldier and was part of an intelligence unit that worked with targeted observations within enemy territory. During his advanced training, he experienced severe inflammation in his shoulder due to the heavy weights. After two weeks, the pain subsided. 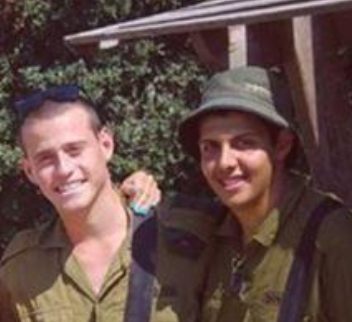 Four months later, while serving in Lebanon, Mor carried heavy loads weighing up to 50% of his body weight. As a result, the pain in his shoulder returned, but this time, even more severely.

Even as doctors believed Mor had nothing more than an infection, he could barely function, unable to sleep, eat or move his right hand. He was eventually hospitalized and underwent emergency surgery, which lasted six hours and required five surgeons. Doctors would eventually discover that Mor was suffering from a strep bacterial infection that mutated due to the inflammation in the shoulder. It spread throughout the right hand and chest, essentially eating the soft tissues of the muscles. Mor spent five months in the hospital and underwent a one-year rehabilitation that included physical therapy, hydrotherapy and occupational therapy.

Mor said the week-and-a-half in New York provided him not just with a chance to open up about his trauma, but to connect with Diaspora Jewry in a surprisingly meaningful way.

“I don’t have family abroad, and I’ve never had this interaction with American Jews. Then I saw this strong community here, and I never expected that. When they showed us appreciation and giving, you feel open with them because they’re very warm. I can’t say it with words. I saw in their eyes; they care and want to listen and want us to know they are there for us. It was a beautiful thing to see, and I now understand better the connection of American Jews to Israel,” he explained.

One of the veterans, 22-year-old paratrooper Oren Nathan, even had a completely chance encounter with the soldier who saved his life in Israel after a bullet hit a major artery in Nathan’s hand during an exercise and the damaged nerves.

“The biggest thing is seeing this group from day one to day 10. You see how they’re transforming their lives. You can see they’re shy, but by day 10, they become brothers for life,” said Vigler, who transformed Belev Echad into an official organization in 2017.

The organization also manages a house for wounded soldiers in the Tel-Aviv area city of Kiryat Ono, near Sheba Medical Center at Tel Hashomer, with a jacuzzi, pool, therapy services and other amenities. A staff of 13 wounded veterans in Israel conducts outreach, and members visit wounded soldiers in the hospital, offering career and other advice. Restful stays for the wounded also take place in Israel itself.

As part of the New York tour, the IDF veterans also took a helicopter flight over the Statue of Liberty.

Vigler noted that “most of these guys were evacuated by helicopter when they were injured. Riding again can be traumatic. This helps to fix the helicopter experience for them; it turns into something good.”