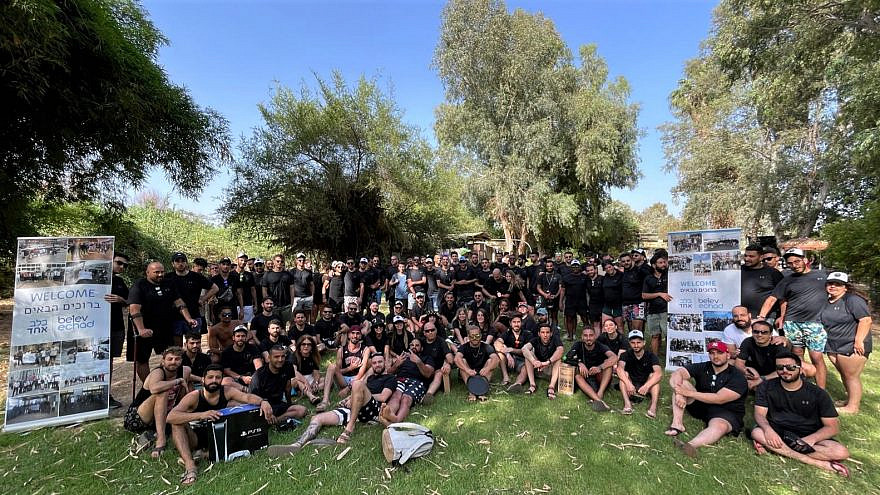 A total of 150 soldiers spent a weekend at the Ramot Hotel Resort in Jerusalem, courtesy of Belev Echad, May 2021. Photo by Bentzi Sasson.
Spread the word.
Help JNS grow!
Share now:

“Now, more than ever, our soldiers need a community, and they need support,” said Rabbi Uriel Vigler, co-founder of Belev Echad with his wife, Shevy. “It’s been a tiring few weeks for our wounded warriors in Israel, especially after ‘Operation Guardian of the Walls.’ This is our chance to say thank you and to say that we’re here for you.”

A total of 150 soldiers got the chance for some much-needed rest and time off last weekend.

One of them was Shay Yair, 37, from the city of Ofakim. Yair, who served in the Golani Brigade, lost his leg in 2003 after a rocket-propelled grenade exploded next to him.

“It was a great escape, especially for IDF wounded soldiers, many of whom suffer from post-traumatic stress disorder, or PTSD,” he said. “It was a wonderful opportunity to reload and clear my head, especially in light of the recent operation in Gaza and the thousands of rockets that were launched at Israeli civilians. Some of them landed not far from my home.”

Founded in 2009 by the Viglers, co-directors of Chabad Israel Center on New York City’s Upper East Side, Belev Echad began as an annual tour of New York as a gesture of solidarity and support for wounded Israeli soldiers. Over the years, it has developed a global movement dedicated to helping IDF veterans reintegrate into civilian life. 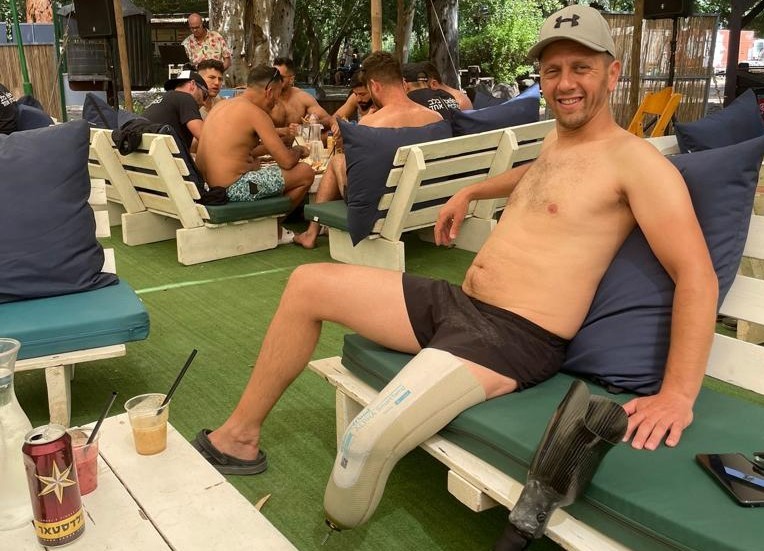 Shay Yair at the Ramot Hotel Resort in Jerusalem, May 2021. Photo by Bentzi Sasson.
Republish this article in your newspaper or website