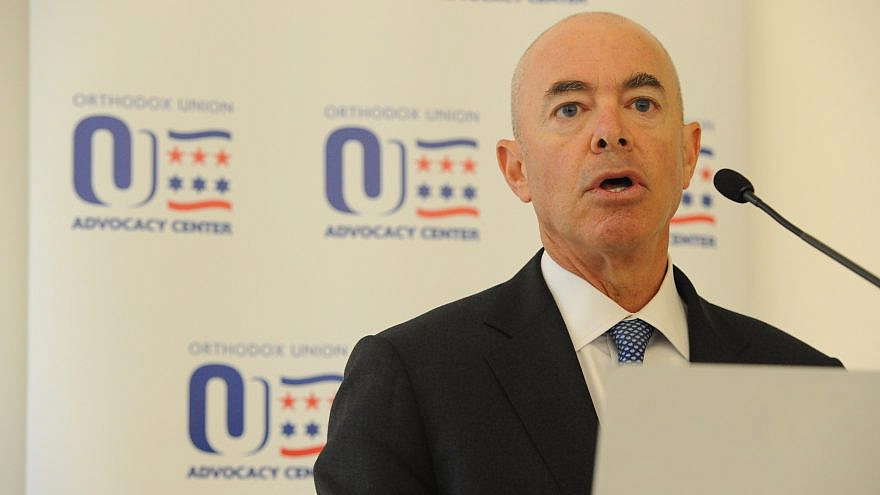 In a letter to Sens. Ron Johnson (R-Wis.) and Gary Peters (D-Mich.), the chairman and ranking member, respectively, of the U.S. Senate Committee on Homeland Security and Governmental Affairs, which will hear Mayorkas’s nomination, the Orthodox Union (OU), which has a longstanding policy of not supporting or opposing nominees, kept that policy but complimented Mayorkas—who, if confirmed, would be the first Cuban Jew, and the second Jewish person overall—to lead the U.S. Department of Homeland Security as it relates to issues surrounding the Jewish community.

Citing Mayorkas’s time as deputy DHS secretary under U.S. President Barack Obama, the OU said that amid the rise in anti-Semitism, he “was a reliable and valued leader in ensuring that DHS’s resources were utilized to enhance the security of our synagogues and schools in the face of threats and that all relevant DHS components had combatting faith-targeted violence, including anti-Semitism, as an intentional part of DHS’s work.”

The OU went on to say that Mayorkas “was very helpful to us in the implementation” of the Nonprofit Security Grant Program, administered by the Federal Emergency Management Agency, which is under DHS. The program has been key in protecting synagogues and other Jewish institutions especially in the aftermath of attacks against the Jewish institutions nationwide.

“The need for DHS to increase its work in combating violent extremism and thwarting violence targeted and the Jewish community, and other American faith communities, is even more pressing in 2021,” said the OU. “Based on our past experience with him, we are confident that, if confirmed to be Secretary of the Department of Homeland Security, Alejandro Mayorkas will lead this aspect of the Department’s work effectively and for the welfare of the people of the United States of America.”

In a separate letter, the American Jewish Congress expressed its support for Mayorkas’s nomination.