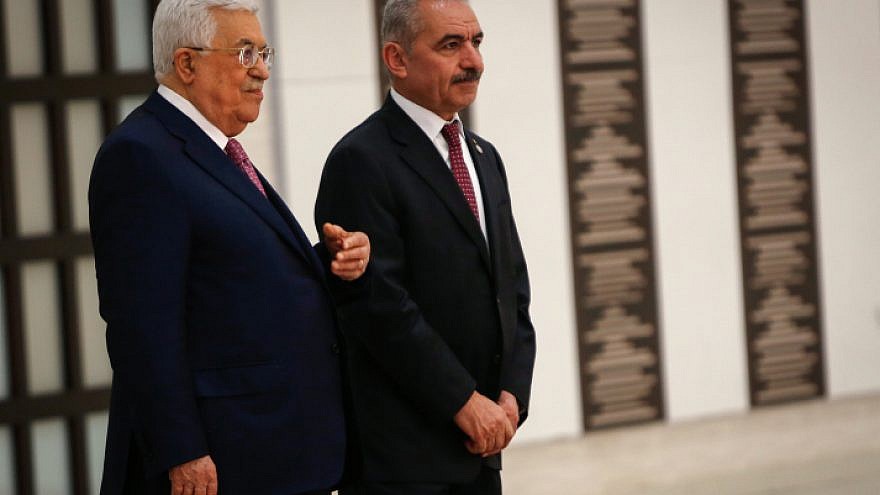 (March 7, 2021 / MEMRI) Palestinian Authority Prime Minister Mohammad Shtayyeh said last week that an indictment of Israel by the International Criminal Court would open the door to U.S. companies and organizations being hauled before the court. It was for this reason, he said, that the United States had exerted “unparalleled” pressure against the P.A.’s 2015 request to join the ICC.

The court’s chief prosecutor announced on March 3 that in response to an appeal by the P.A., the court would open an investigation into war crimes allegedly committed by Israelis and Palestinians since 2014.

In an interview that aired on Palestine TV on March 1, Shtayyeh said, “Before we turned to the ICC, there had been tremendous and unparalleled pressure.”

“I was in New York when a delegation from the State Department came. They left Washington, D.C., at 6 o’clock in the morning so that they could meet [Palestinian Authority] President [Mahmoud] Abbas in New York. The reason was that our membership in the ICC is not only against Israel,” he said.

“If Israel is indicted, all the parties involved in the Israeli actions against the Palestinians will also be indicted. This means that we can also take the American companies and organizations that support Israel to court. Hence, the deputy secretary of state said to President Abu Mazen [Abbas]: ‘If you become members in the ICC, it will be like obtaining nuclear weapons.’ ”

Neither Israel nor the United States is a signatory to the Rome Statute from which the ICC derives its authority.

The Palestinian premier also said that the P.A.’s appeal to the ICC had “shattered” Israel’s claimed “monopoly on pain.”

“Israel was basically purporting that the Jews in the world were the only ones who were tormented by the Nazis and so on,” he said.

“Our appeal to the ICC demonstrates and proves that the Palestinian people suffer, their prisoners have been tortured and killed, Palestinians have been martyred and displaced. … So we shattered the monopoly on pain that Israel purported to have,” he added.