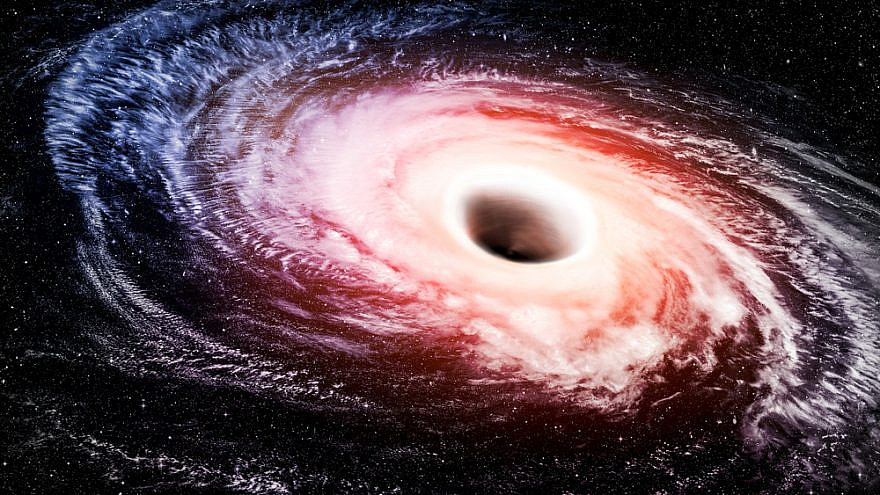 (February 25, 2021 / JNS) Israeli scientists said in research published on Monday that they intercepted radio emissions that may challenge the assumptions of how black holes behave.

As part of the research, which was published by the peer-reviewed journal Nature Astronomy, physicist Assaf Horesh of the Hebrew University of Jerusalem, senior lecturer in astrophysics Iair Arcavi of Tel Aviv University and NASA Swift space telescope director Brad Cenko said that they observed optical radiation from the destruction of a star in a galaxy 700 million light-years away in 2015 and then began searching for radio emissions, expecting to detect them shortly after.

After a star collapses into a black hole, the process can cause shockwaves that create radio transmissions. It was previously believed that those emissions can be intercepted not long afterwards.

However, the Israeli scientists detected radio transitions six months later, followed by a second flare years later. The discovery of radio emissions so long after a star is consumed could change the way scientists consider the behavior of black holes, particularly how they destroy stars and absorb the material.

“We saw optical radiation after the star was destroyed, and then no radio emissions for months,” said Horesh, The Times of Israel reported. “We decided to give it what we thought would be one last shot. Suddenly, six months later there was radio emission, which faded away for a year. Then, four years after the initial observation, we found that once again there was a very strong signal.”

The discovery of radio emissions after so much time shows that the process of a black hole consuming a star is more drawn out “and somewhat more chaotic” than previously believed, explained Horesh. “There seems to be a physical process we don’t understand yet that causes a long delay between the star being destroyed and the black hole accreting its material.”

The scientific team hopes to expand their research to detect radio interceptions from other galaxies.