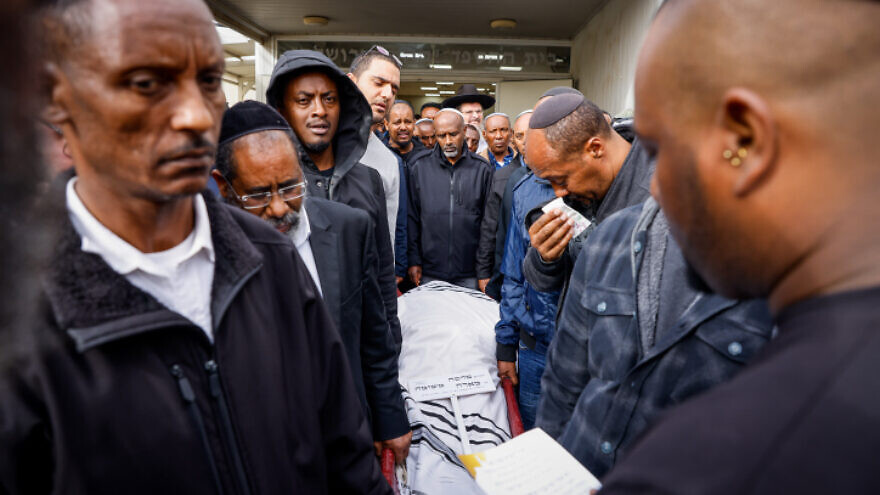 Mourners attend the funeral of Tadasa Tashume Ben Ma'ada, who died of wounds sustained in a bomb attack at the entrance to Jerusalem, at the Har HaMenuchot Cemetery in the Israeli capital, Nov. 27, 2022. Credit: Olivier Fitoussi/Flash90.
Spread the word.
Help JNS grow!
Share now:

(November 27, 2022 / JNS) Tadasa Tashume Ben Ma’ada, who died on Saturday of wounds sustained in the twin terror bombings in Jerusalem, was laid to rest at the city’s Har HaMenuchot Cemetery on Sunday.

Hundreds of people attended the funeral of the 50-year-old father of six, who made aliyah from Ethiopia 21 years ago. 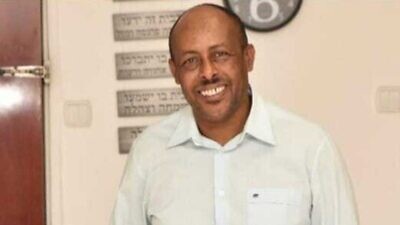 Jerusalem Mayor Moshe Lion revealed that he had met Ben Ma’ada the night before the attacks at the launch event of a community center tailored to the Ethiopian community.

“The next morning, while at a bus stop, [Ben Ma’ada] was fatally wounded by a bomb planted by a despicable terrorist—a bomb that destroyed an entire world and ended the life of such a special and unique person,” said Lion.

Israeli-Canadian Aryeh Shechopek, 16, was killed and more than 20 others wounded in the two explosions on Wednesday.

Authorities believe that the blasts were caused by remotely detonated nail-bombs.

Police described the explosives as “high quality” and suggested an organized terror cell planned and carried out the attacks.

Security forces were continuing on Sunday to search for the perpetrators.