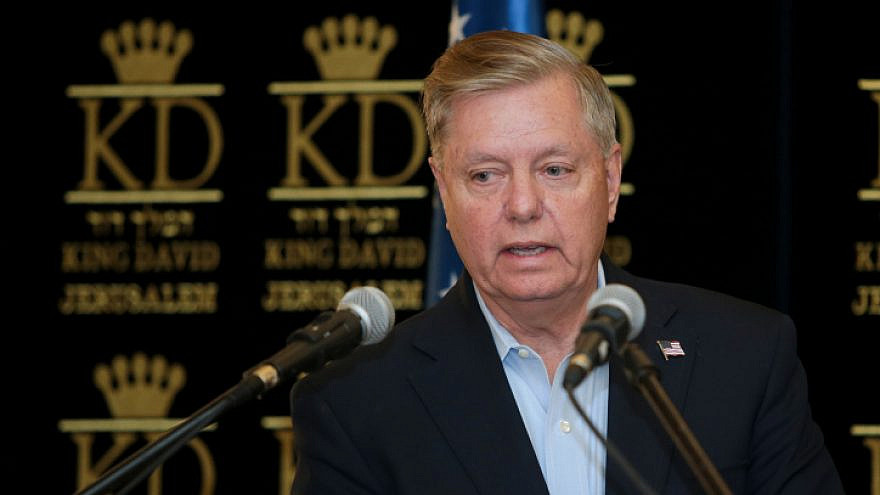 “However, the idea that Israel should speak less about Russia’s criminal invasion of Ukraine is a bit unnerving. I hope Mr. Cohen understands that when he speaks to Russia’s [Foreign Minister Sergei] Lavrov, he’s speaking to a representative of a war criminal regime that commits war crimes on an industrial scale every day.

He added: “To stay quiet about Russia’s criminal behavior will not age well.”

However, the idea that Israel should speak less about Russia’s criminal invasion of Ukraine is a bit unnerving.

The Senator was responding to Cohen’s speech earlier in the day, his first since assuming his post, during which he said his ministry would craft a “responsible” policy vis a vis the war in Ukraine, and would “prepare a detailed presentation to the security cabinet on the matter.”

“On the issue of Russia and Ukraine we will do one thing for sure—speak less in public,” Cohen added.

The top israeli diplomat was slated to speak with Lavrov on Tuesday.

Meanwhile, Israeli Prime Minister Benjamin Netanyahu’s office announced over the weekend that he had spoken with Ukrainian President Volodymyr Zelenskyy. The statement noted that Kyiv on Friday decided not to vote in favor of an anti-Israel resolution at the United Nations, but added that there was “no comment on the diplomatic discussions that were held.”

While Zelenskyy has been pressing Israel to supply Kyiv with weapons, Jerusalem has shied away from arming the country over fears of upsetting Russia, the leading player in Syria, where the Israeli military has in recent years carried out hundreds of aerial strikes aimed at curbing Iran’s military entrenchment and the transfer of weapons to Hezbollah there and in Lebanon.