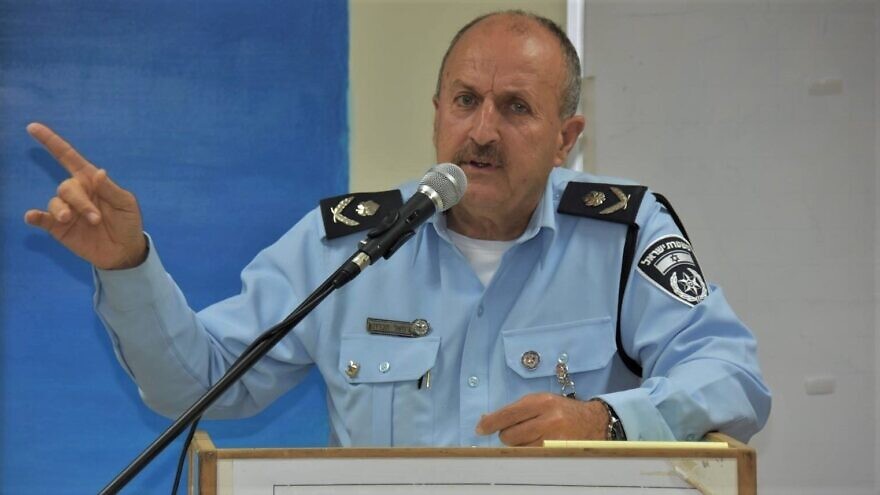 (October 5, 2021 / JNS) Israeli Police Commander Jamal Hakrush, a senior Arab-Israeli officer in charge of fighting crime in the Arab sector, said on Tuesday that the Shin Bet intelligence agency would collect data on Arab citizens in possession of illegal firearms.

Speaking to Israel’s Kan Reshet Bet radio, Hakrush said, “You won’t see the Israel Defense Forces or the Shin Bet on Arab streets. The treatment and authority still rest with the police, but we need backup.”

Hakrush said the Israel Police needed Shin Bet assistance in the war against illegal firearms in Arab communities throughout Israel. “We want the Shin Bet to assist, and regarding weapons, we will be the ones implementing [the raids],” he stated.

The IDF, for its part, will focus on preventing weapons cross-border weapons smuggling, as well as the theft of weapons from military bases and attempts to smuggle them into Israel from the territories.

The war against crime in the Arab sector should start with youths, argued Hakrush, emphasizing that this segment of the population is “a ticking bomb.”

“More than a third who finish high school remains in the street without work. It’s easier for them to reach crime,” he said. “We are asking for the treatment of youths before they are thrown to the street.”

Issawi Frej, an Arab-Israeli politician who currently serves as Minister for Regional Cooperation, told Kan that “personal security is the most important thing, hence I am in favor of the Shin Bet coming in to reduce crime in Arab society.”